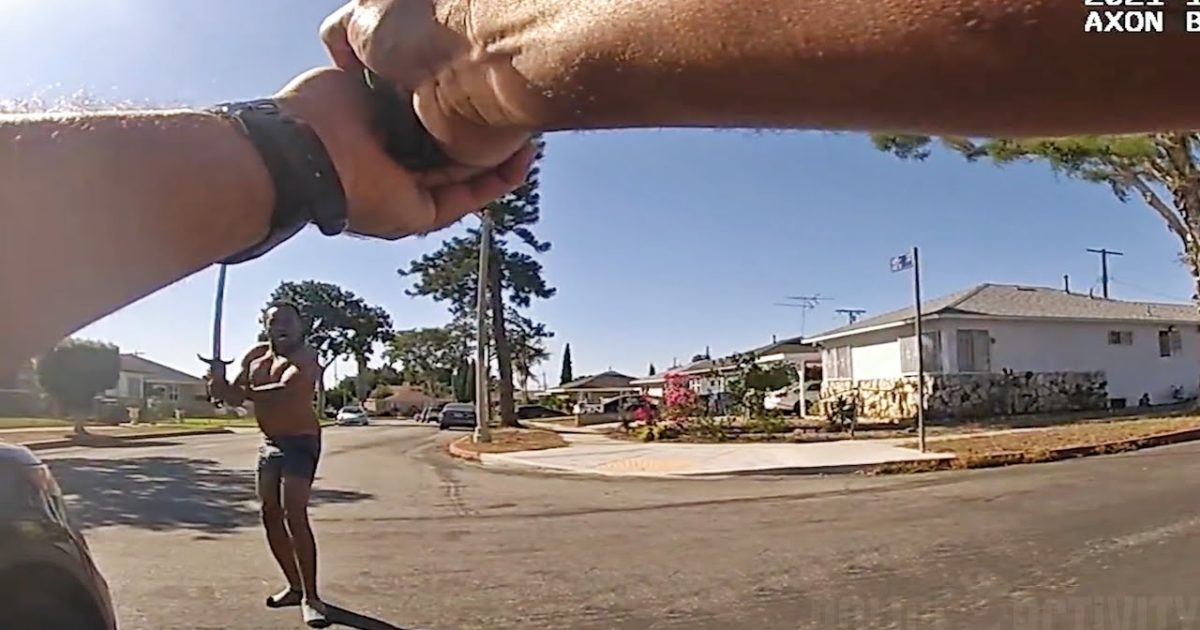 Not every police encounter ends in a fatality. If they can, police will use non-lethal force to subdue a suspect. In the video below, the suspect has a sword, now, that is most certainly considered a deadly weapon and the officer who responded to the call had every right to use deadly force, but he didn’t. That fact alone should tell you that cops aren’t trigger happy nazi stormtroopers ready to gun-down a suspect at the drop of a hat.

The reason I use these videos here at Great American Outdoors, is I want folks to see just how dangerous their job is. 99.9% of police officers are decent-minded and have NO DESIRE to take human life needlessly, they just want to do their shift and go home to their families, just like you and me.

Both officers exited their vehicle and deployed their TASER. The suspect was struck by the TASER, fell to the ground and was taken into custody without further incident. The suspect was transported to the hospital where he was admitted for an injury related to the TASER deployment.

The suspect was placed on a 5150 W.I.C. hold. Force investigation Division Detectives responded to the hospital and verified that the suspect was admitted for injuries sustained during the use of force. Force Investigation Division confirmed this case will be investigated as a Categorical Use of Force. There were no officers injured during this incident.