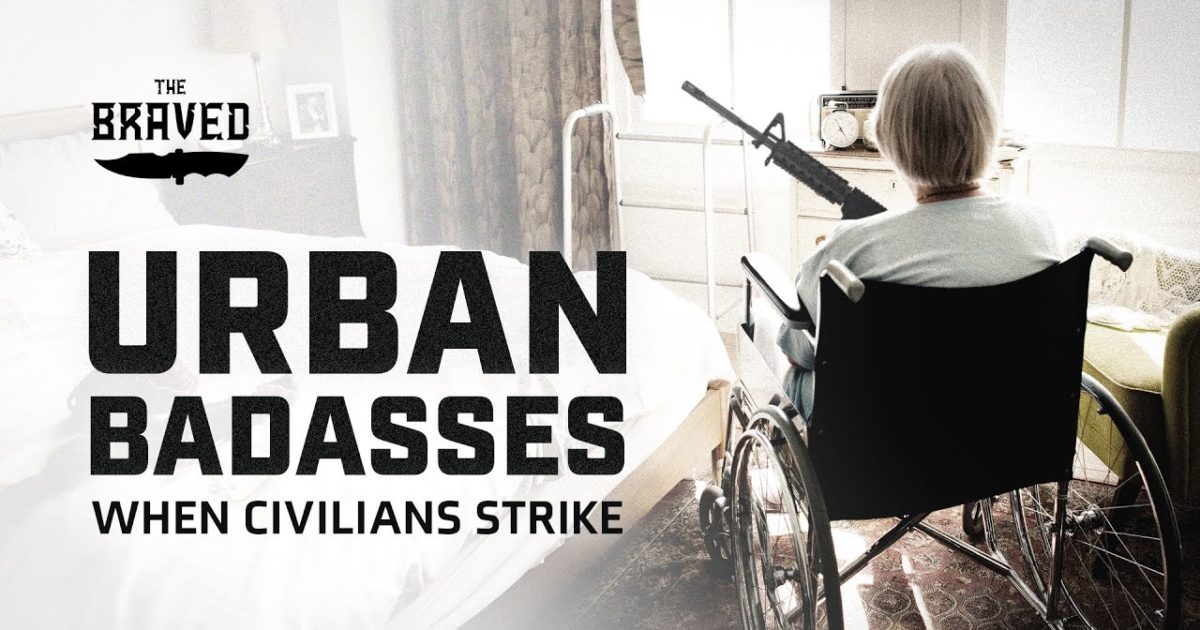 The law of self defense is perhaps one of the oldest laws known to man, the right to defend yourself doesn’t come from man, but God. We recently saw this acted-out during the trial of Kyle Rittenhouse. The prosecution argued that because Rittenhouse had a firearm, that he didn’t have the right to use it to save his own life. Not only is that ridiculous, but it’s also stupid on a level that most ‘sane’ people can’t comprehend. I mean, what’s the point of having a gun in the first place, if you can’t use it to save your own life from some deranged individual who is trying to kill you?

In the video below, you will see eight examples of just regular, every day folks, who when faced with certain death, didn’t give up , they fought their attackers and prevailed. Only an idiot would say that these people didn’t have the right to defend themselves, but after watching the Rittenhouse trial and seeing the lengths that the district attorney went through to make that very argument, I take that statement back.

I realize that we are well into the second decade of the 21st century and one would ‘think’ that common sense would be widespread, but in reality, it isn’t. Just watching what is going on all over the country in almost every single democrat controlled city, one would think that the lunatics have taken over the asylum, by that I mean, the very elected officials who are supposed to keep us ‘safe’, are doing the exact opposite of that. What with ‘racial equity’ and ‘bail reform’, judges and prosecutors are letting record numbers of violent criminals out on the street, sometimes only a matter of hours after they were arrested for some violent crime.

Take for example the recent horrific tragedy in Waukesha, Wisconsin, that man (Darrell Brooks), was a career criminal and even though he was arrested for a violent crime, because of some radical district attorney, was released back onto the streets so that he could commit mass murder. It never should have happened, any ‘sane’ person would have the common sense to keep that bastard locked up. But the fact that a public servant allowed him to go free, just shows you that it’s up to us, regular folks, that we should be able to defend ourselves without fear of prosecution.

Watch the video below and you’ll see just how regular folks defend themselves against criminal scum.