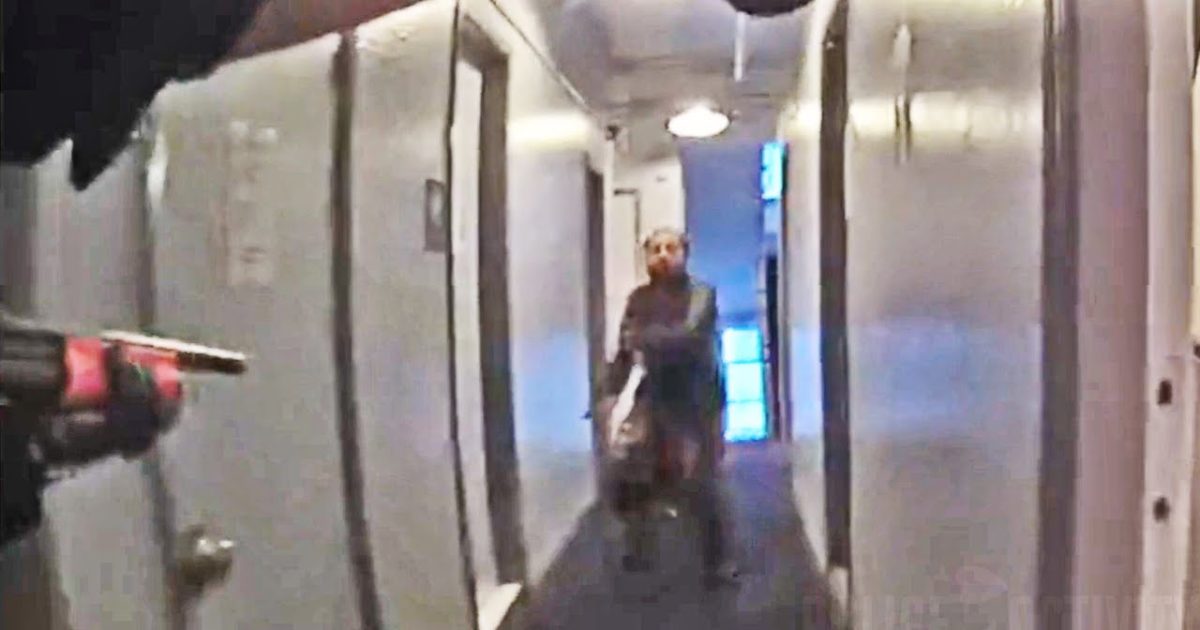 One has to wonder just what was going through the mind of the suspect in the video below. Did he really think that he was going to prevail against two armed police officers, while he himself was armed only with a knife?

I guess we’ll never know the answer to that question. Now, some will say that the police could have ‘tased’ him, but since this incident happened in just a matter of seconds, that wasn’t possible and the police had to resort to using deadly force.

If you take anything from this, it should be, if you charge at police officers armed with a knife, you will lose.

Here is a written account of what transpired in the video below:

San Francisco, California — San Francisco Police on released body camera, building surveillance footage documenting two officers shooting a man who rushed at them with a knife inside a residential hotel in SoMa. On Friday, Nov. 19, 2021, at approximately 8:05 a.m., San Francisco police officers responded to the 900 block of Folsom Street regarding a person with a knife.

Officers arrived on scene and made contact with a suspect inside of a residential building. The suspect was later identified as 41-year-old Ajmal Amani. During this contact, an officer-involved shooting occurred. Officers rendered aid to Amani and summoned medics to the scene. Medics transported Amani to Zuckerberg San Francisco General Hospital and Trauma Center with life-threatening injuries. Amani, succumbed to his injuries and was pronounced deceased at the hospital.