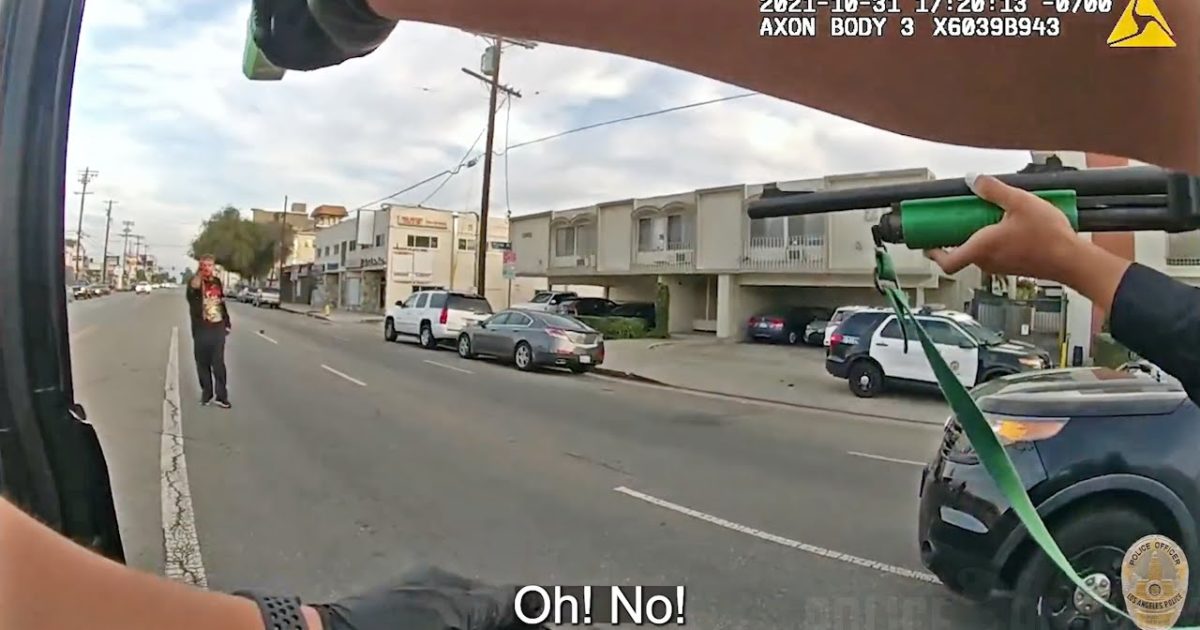 I don’t know how many times I’ve said this, but if you come at a police officer armed with any kind of lethal weapon, chances are pretty good that you will get shot and probably die. That’s exactly what happened in this case. It appears as if this young man wanted the police to shoot him, as he actually told them to shoot. That scenario is called “suicide by cop” and it happens quite a bit.

No matter what your problems are, choosing death rather than just seeing your troubles through, is just awful. Dead is dead and it’s permanent and there are no “do over’s”. Now, a family has to bury one of their own and sadly, whatever he was going through, could have been made right if he had just listened to the police officers and put down the knives, but apparently, that’s not what this young man wanted.

As for the officer who shot him, now he has to deal with the fact that he took a human life. That probably is not what he had in mind when he went to work that day, in this situation, everybody loses.

Los Angeles, California — On October 31, 2021, around 3:25p.m., LAPD Van Nuys Division officers responded to a radio call of a vandalism suspect. The suspect later was identified as 46-years-old Melkon Michaelidis. Michaelidis was reported to be possibly suffering from mental illness and breaking windows and property inside his residence.

Upon their arrival, the officers attempted to communicate with Michaelidis for approximately 40 minutes from outside his residence and convince him to exit. Michaelidis refused, and after determining no one else was inside the residence, the officers tactically disengaged and cleared the scene.

At around 5:09p.m., a second radio call was generated when Michaelidis was observed outside his residence armed with two knives and vandalizing parked vehicles. Van Nuys patrol officers ultimately encountered Michaelidis on Victory Boulevard west of Matilija Avenue holding a knife in each hand.

The officers verbalized with Michaelidis, who began walking toward them while armed with one of the knives, resulting in an officer-involved shooting and a simultaneous deployment of less-lethal munitions. Michaelidis was struck by gunfire and collapsed to the pavement. He was determined deceased at scene by Los Angeles Fire Department personnel. Two knives were recovered at the scene. No officers were injured during the incident.