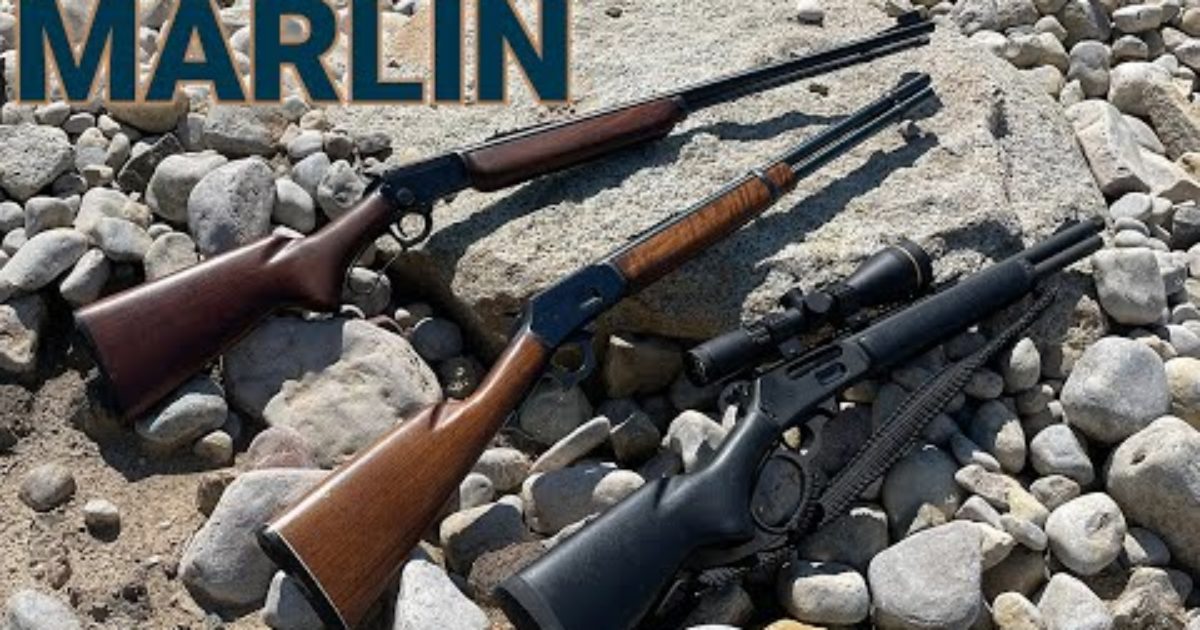 When it comes to lever action rifles, some folks say, that if you want a great lever action rifle, go with the Henry’s. Well, I would beg to differ. It isn’t that I don’t like Henry rifles, it’s just that I’ve never owned one and one of the reasons is, they cost a damn fortune.

Henry makes a damn good lever action rifle and the fact that they’ve been around for over 150 years does make a good case for them.

These two rifles’ have never let me down, so I have no complaints.

Watching the video below,  the one thing you’ll notice right off the bat, is that it’s a woman making the video and she’s firing 3 different Marlin model rifles and she does a damn good job hitting the target. Even when she shoots the 45-70, she hits the target spot on!!

Now, I’m not saying you should run right out and buy on of these rifles, I’m just showing you the differences and their reliability.  I do know some folks that wouldn’t own a Marlin even if you gave them one. And to those guys I say, “More power to ya!”. Everybody has their own preferences and that’s alright.

All I’m doing is showing you what’s out there and you can make your own choice as to which lever gun you want, or like the best. But, if you have never owned a lever-action rifle, pay close attention to what the lady in the video has to say and then make up your own mind.

If you want to check-out Marlin rifles, then you can do so by clicking HERE.