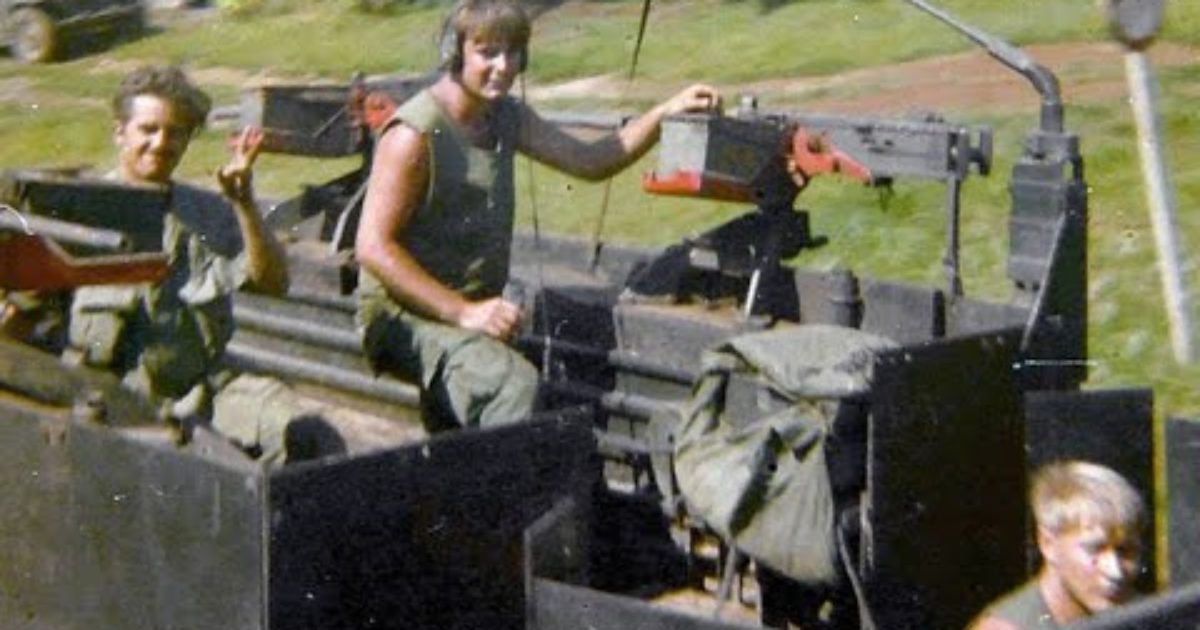 One would think that being a truck driver even in a time of war, wouldn’t be all that dangerous, but if that’s what you thought, you’d be wrong.  Truck convoys are a prime target for enemy troops for several reasons, during war, most supplies that are transported to units on the front lines are done so by truck and as we saw during the Vietnam war, truck convoys were an easy target because they weren’t armed. Well after September, of 1967, that all changed and changed in a BIG way!

On Sept. 2, 1967, 37 cargo trucks from the 8th Transportation Group carried aviation fuel on a supply run from Pleiku through “Ambush Alley” to reach An Khe. While en route, the lead vehicle was disabled and the rest were trapped in the kill zone. The Viet Cong staged a coordinated ambush with land mines, hand grenades, rocket-propelled grenades (RPGs), and AK-47 rifle fire.

The unprepared and largely unarmed force was quickly overwhelmed. In a span of not more than 10 minutes, 31 vehicles were disabled or destroyed and seven American truck drivers were killed.  Truck drivers in Vietnam realized if they were going to return home alive, they needed to upgrade their firepower.

The soldiers of the 8th Transport Group who drove in vehicle convoys took readily available deuce-and-a-half cargo trucks and added twin M60 machine guns to create makeshift gun trucks. The back where the troops were typically transported got a gun box, and others carried M79 grenade launchers and M16 rifles.

As time went by, these truckers realized that they needed bigger and heavier armament and so with that thought, these brave kids did what they had to do to make sure that their trucks were armed to the teeth with whatever kind of weaponry they could beg, borrow (or even steal). After that, the “Gun Truck” was born and thanks to “American ingenuity”, these young men armed their deuce and a halfs with everything from M-60’s to M2’s and in some cases, (when they could get them) even miniguns.