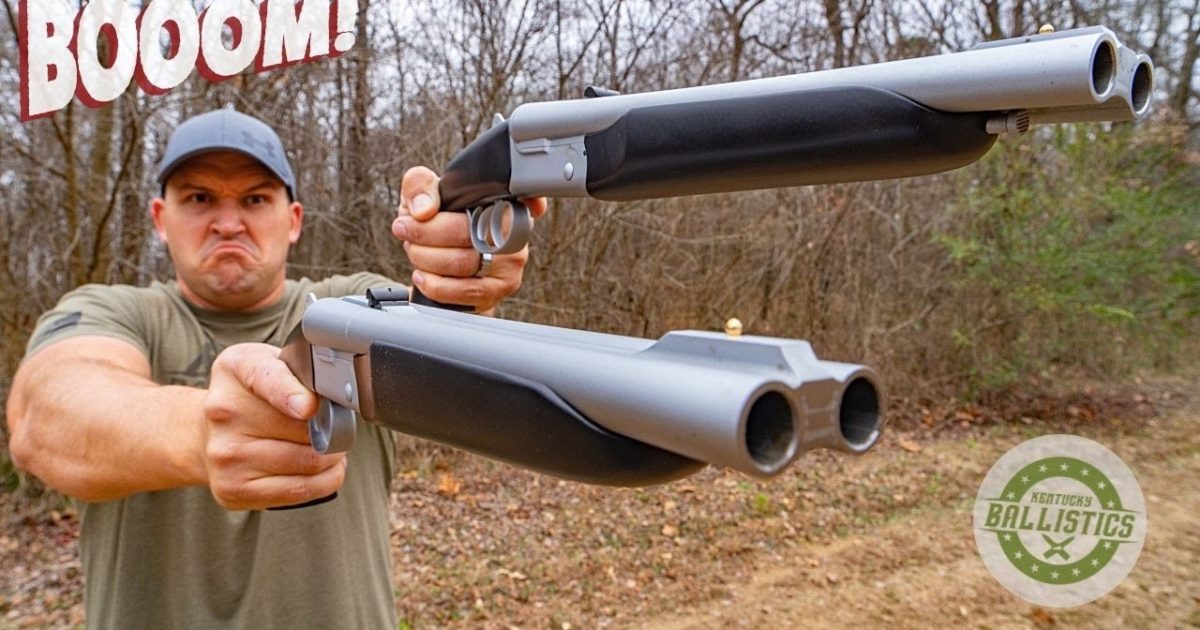 In the last video Scott showed us the ridiculously large M.O.A. Maximum, chambered in 375 H&H magnum and yes, he was right to call it his “Elephant Pistol”! But today, Scott has bought 2 new “Boom Sticks” and they are the Pedersoli Howdah, chambered in .45/410. I do expect that this particular pistol isn’t in the “wrist-breaker” category, but it will make a mess out of anything you point it at, as Scott will show us in the video below.

Here’s a little background on the manufacturer of this “boom stick”:

The history of the DAVIDE PEDERSOLI & C., founded in 1957 by Davide Pedersoli (1924-1996), starts with the manufacturing of hunting shotguns, over and under shotguns featuring a specific patent and also side by side shotguns.

In 1960 we started the production of muzzle loading guns, which after ten years, took over as the predominant product of the company.

The year 1982 saw the starting of a new production autonomy inside the company for all of the wood and metal components departments involved in the complete finishing of the muzzle loading and breech loading guns.

Currently the company keeps its family character, and is managed by Pierangelo Pedersoli and by the brother-in-law Giovanni, also involved in the education and training of the younger family members who are the third generation of the Pedersoli family.

And here is a little bit of information on the Pedersoli Howdah: 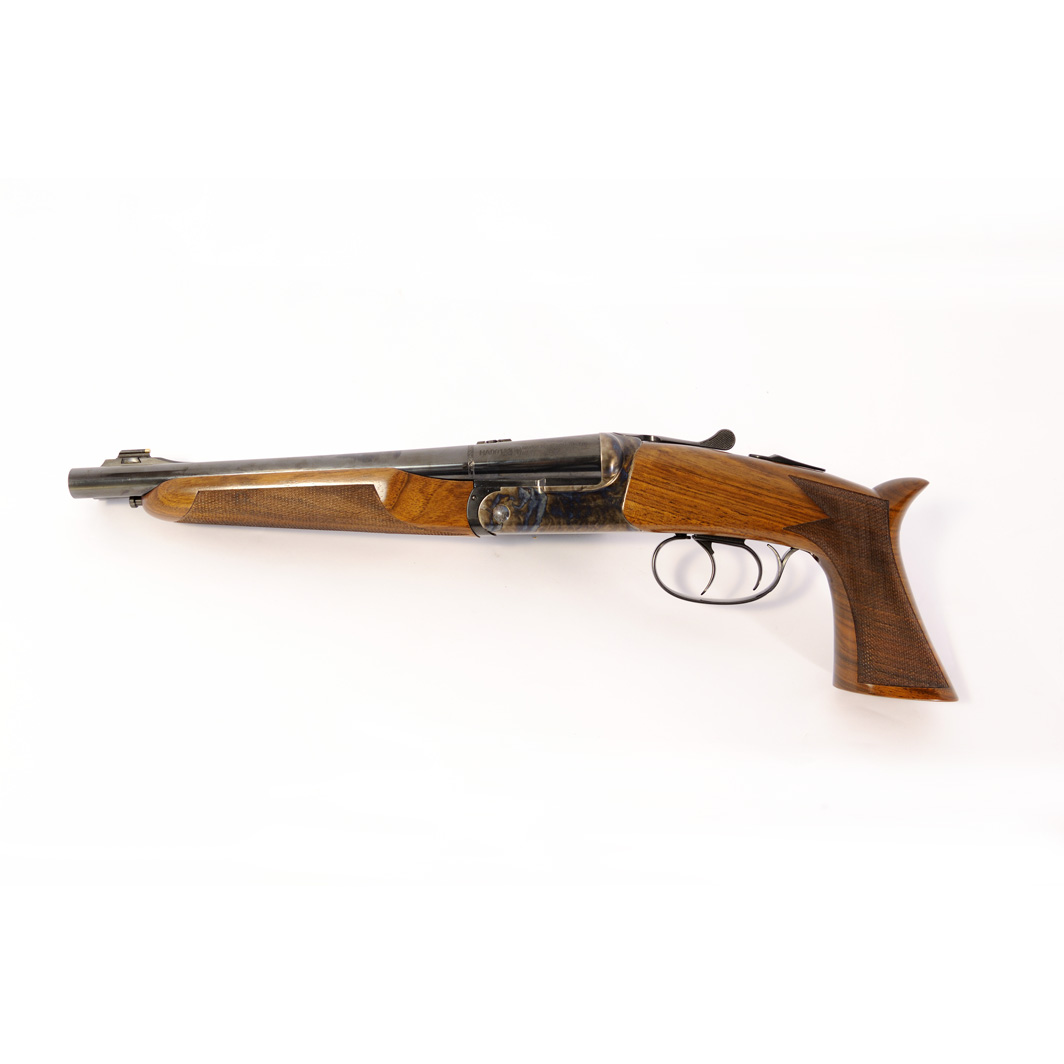 Reproduction of the famous Auto & Burglar pistol produced by Ithaca Company in the 1920. Our version features rifled barrels and a special cartridge chamber enabling interchangeable use of either the .45 Long Colt caliber or 410 gauge shotshells.

Extractors, automatic safety on the hammers complete the equipment of this unusual and fascinating pistol. A good looking model, aesthetically emphasized by the case hardened action and the walnut stock, oil finished.

If you wish to see more info & specs then click HERE.

Okay, now that you’re up to speed on all of the particulars, let’s watch as Scott shoots the living hell outta some stuff!