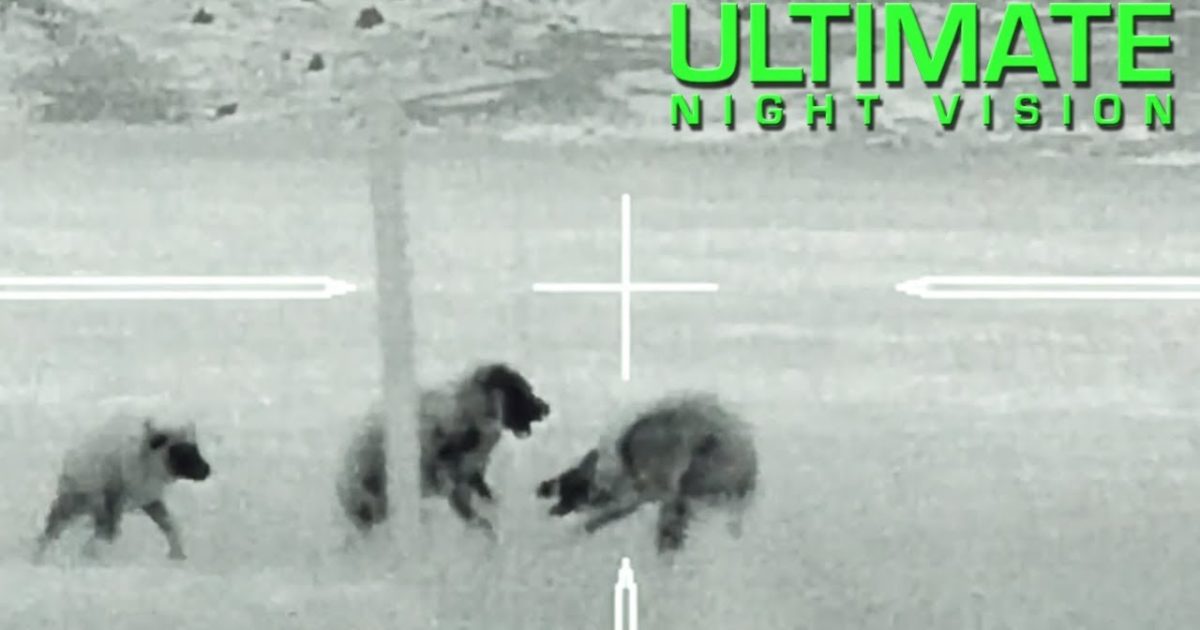 If any of you out there are lover’s of nature, then you probably shouldn’t watch this, animals are going to die and it won’t be pretty. But, you have to remember, these are coyotes, they’re not ‘warm and fuzzy’ creatures, these are voracious predators  and they will kill just about anything they can catch, so that means alot of different animals are on their menu. But their favorite is livestock, there’s an abundance of it and livestock are usually pretty easy to catch, kill and eat.

Still, some people ask: “Why hunt and kill coyotes?”.

Here is your answer:

The total number of sheep deaths in 2004 comprised 2.22% of the total sheep and lamb population in the United States, which, according to the National Agricultural Statistics Service USDA report, totaled 4.66 million and 7.80 million heads respectively as of July 1, 2005.

Because coyote populations are typically many times greater and more widely distributed than those of wolves, coyotes cause more overall predation losses. The United States government agents routinely shoot, poison, trap, and kill about 90,000 coyotes each year to protect livestock.

Coyotes typically bite the throat just behind the jaw and below the ear when attacking adult sheep or goats, with death commonly resulting from suffocation. Blood loss is usually a secondary cause of death. Calves and heavily fleeced sheep are killed by attacking the flanks or hindquarters, causing shock and blood loss.

When attacking smaller prey, such as young lambs, the kill is made by biting the skull and spinal regions, causing massive tissue and bone damage. Small or young prey may be completely carried off, leaving only blood as evidence of a kill. In the absence of the harassment of coyotes practiced by rural people, urban coyotes are losing their fear of humans, which is further worsened by people intentionally or unintentionally feeding coyotes.

Here is some information of what you are going to see in the video below:

Very high dirt nap per minute ratio with over 25 Coyotes down in this short 7-minute video and some one of a kind footage from some expert coyote hunters and videographers. In addition to the hunt footage the video includes some pretty wild footage of the coyotes fighting and attacking each other.

The guys at O’Neill Ops can coyote hunt like nobody’s business. They pioneered the art of predator hunting suppressed and they are building on that experience by pushing the envelope at night.