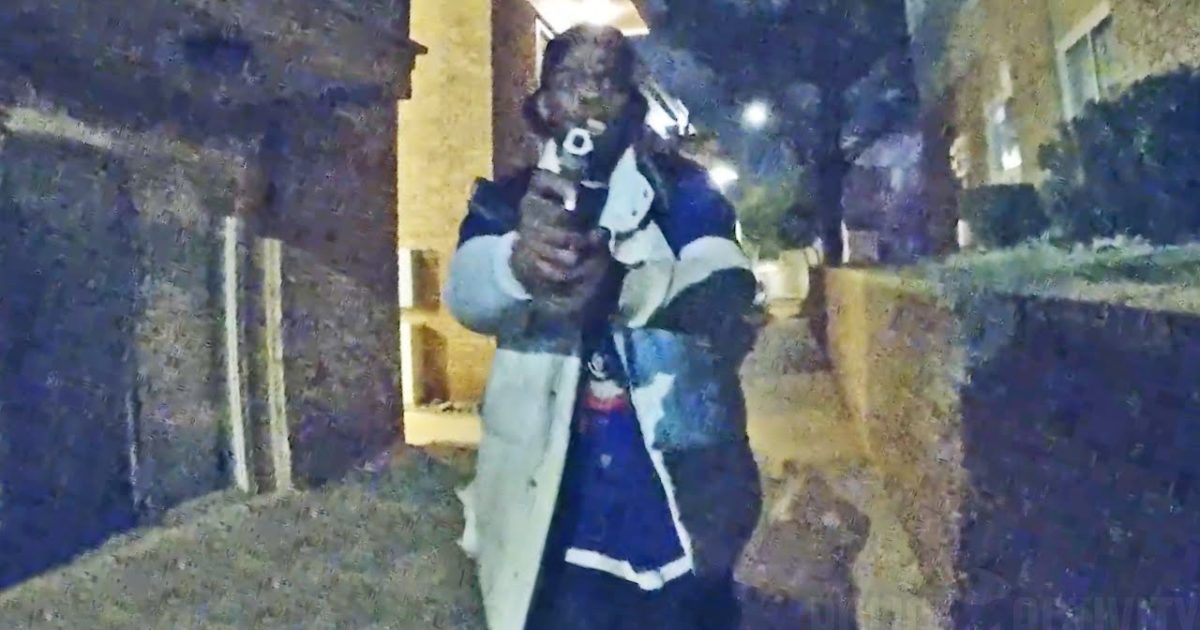 After watching the video below, I must say, that the officer involved showed incredible restraint before he shot at the suspect. If it were me, the moment the suspect pulled his weapon, I would have unloaded an entire magazine into him.

Not only is this an awful position to be in, but from what I saw of the bodycam footage, the suspect most certainly would have killed the police officer had the cop not shot first.

And on a personal note as far as I’m concerned…the suspect in this case was nothing more than a cowardly little piece of crap, in my opinion, he’s lucky to be alive. This is what happens when you defund the police and also when rogue district attorney’s fail to ask for a high bail for hardened criminals like the suspect in the video.

Also, the reason we are seeing more scenes like this, is because George Soros-funded district attorneys across the country aren’t even charging certain suspects and are letting them go free, sometimes even before the police have finished writing their incident reports.

This is only going to change when more democrat politicians and their families become victims of violent crime themselves. Thankfully, at lest in this case, nobody was killed.

Police said Officer Andrew Ash responded to a disturbance call at an apartment complex in the 6300 block of NW 63rd Street just after 8 p.m. Upon arrival, police said Officer Ash came into contact with suspect, 40-year-old Antwon Hill in a breezeway at the complex. Not long after, police said Hill reached into his pocket and then pointed a pistol at Officer Ash.

At that point, police said Officer Ash discharged his weapon at Hill. Police said Hill then fled into an apartment and later surrendered to officers after an hours-long standoff. Hill was not injured. He was booked into the Oklahoma County Detention Center on multiple charges. Officer Ash has been placed on routine administrative leave.