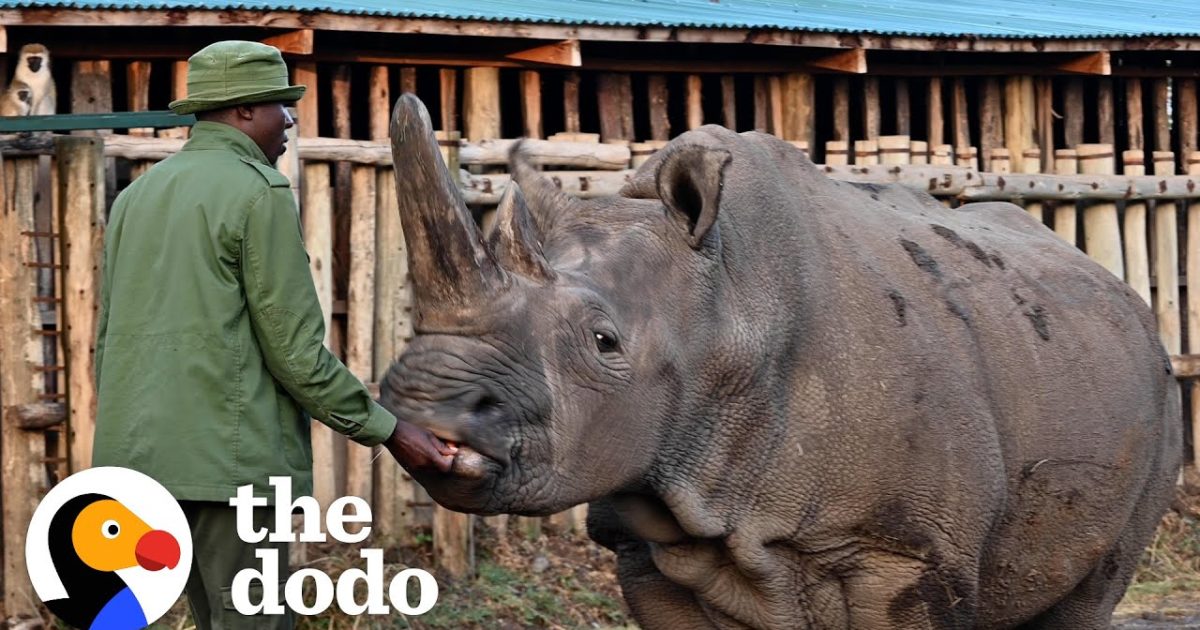 As I was scrolling through videos on my Facebook video feed, I came across the one below and it struck a chord deep within me. These animals are absolutely beautiful and what makes me sad, is that they are the two last northern white rhinos left on this planet…how terrible is that? To think that these majestic animals are hunted for only one thing (their horn) breaks my heart. I am so glad that these rhinos are being looked after and protected, but sadly, is it just a little too little too late?

Even though I am an avid outdoorsman and I hunt and fish, I do it within the confines of the law and I do eat what I catch and kill. But seriously, there is no reason on earth anyone can give to justify the killing of animals like the rhinoceros.

Here is some information about these animals:

There are now just two northern white rhinoceros remaining in the world. Najin and Fatu (both female) live under constant protection from poachers in Kenya’s Ol Pejeta Conservancy. Sudan (the last remaining male) died on March 19th 2018, effectively rendering the entire subspecies extinct. The northern white rhino was once abundant across Central Africa but staggering rates of illegal hunting for its horn have already led to its (almost certain) extinction in the wild.

Northern white rhinos once ranged across north-western Uganda, southern Chad, south-western Sudan, the eastern part of Central African Republic and north-eastern Democratic Republic of Congo (DRC). However, political instability in these countries and growing demand for rhino horn led to an increase in poaching.

Attention quickly turned to the northern white rhinos living in Dvůr Králové Zoo in Czech Republic. In December 2009, with support from Fauna & Flora International (FFI), the last four breeding individuals (two males and two females) were flown from the zoo to Kenya’s Ol Pejeta Conservancy in a final attempt to save the subspecies from extinction. It was hoped that a more natural environment would stimulate them to breed.

Sadly, despite a number of matings, no rhino calves were born. In 2013, one of the males suddenly died from a heart attack leaving just one male (Sudan) and two females in Ol Pejeta Conservancy. Even before his sad and widely publicized death in March 2018, Sudan’s old age meant that natural reproduction was no longer an option.

Rhino experts are now exploring the possibility of artificial reproduction technologies, using in vitro fertilisation and southern white rhino surrogates as a way to preserve and maintain northern white rhino genes into the future. Could this subspecies be brought back from extinction? The future is uncertain and it is a race against time.

There are only two northern white rhinos left in the world, both female. Yet there is still hope that we can preserve their lineage. Your support today could help offer a lifeline for the world’s rarest mammal. You can donate by clicking HERE

Please help with your donations, up to one million plant and animal species face extinction, many within decades, because of human activities, says the most comprehensive report yet on the state of global ecosystems.