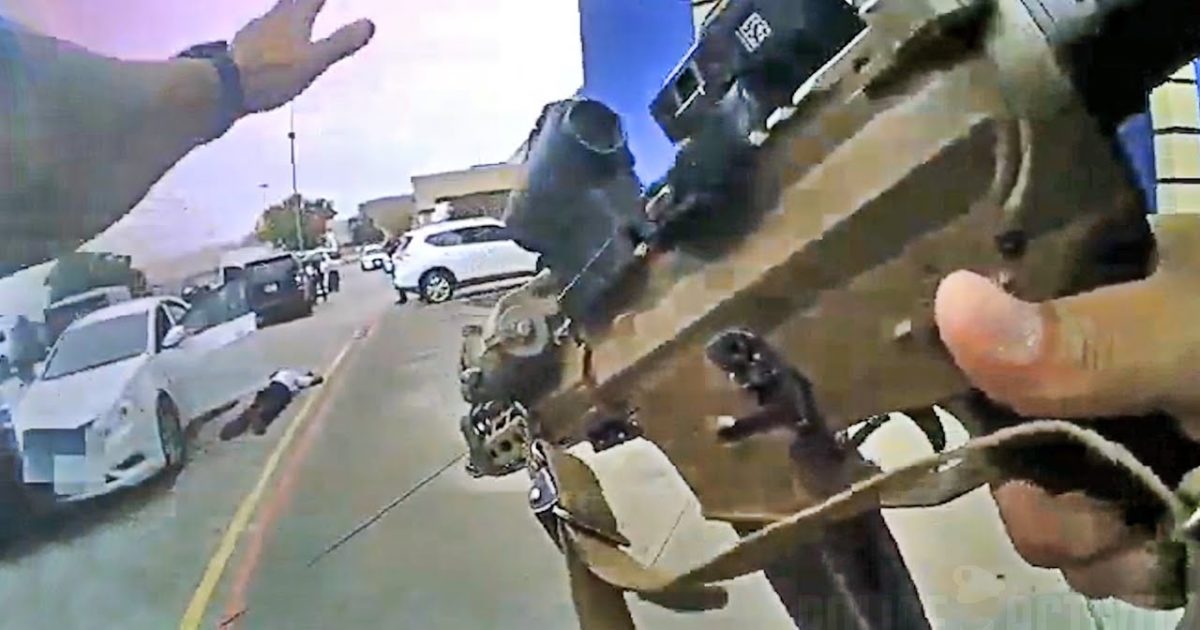 Anyone who thinks that police officers are heartless villain’s and only want to shoot and kill people should put on a uniform and spend ONE DAY being a cop. I guarantee, that at the end of your shift, you will have a very different perspective and opinion about the police. Why anyone would actually want to do this job, is beyond me, it’s dangerous and it’s also thankless. Every single day that a police officer puts on their uniform, there is a giant target on their back and truth be told…it’s a bloody miracle that any of them go home alive after their shift. I have nothing but respect for these brave men and women

Lewis refused to stop and a pursuit ensued. Lewis drove several miles, eventually arriving at a parking lot at the above address. After driving around the parking lot several times, HPD SWAT Officers Dexter and Gonzalez performed a vehicle maneuver and boxed in Lewis vehicle.

Lewis then exited his vehicle with a weapon, pointed it at officers, and discharged the weapon at them. Officers Dexter and Gonzalez and Harris County Precinct 4 deputies discharged their duty weapons at Lewis, striking him. HPD SWAT officers then rendered medical aid to Lewis, who was pronounced deceased at the scene by paramedics. An innocent bystander was also injured during the shooting when a bullet fragment hit his ankle.