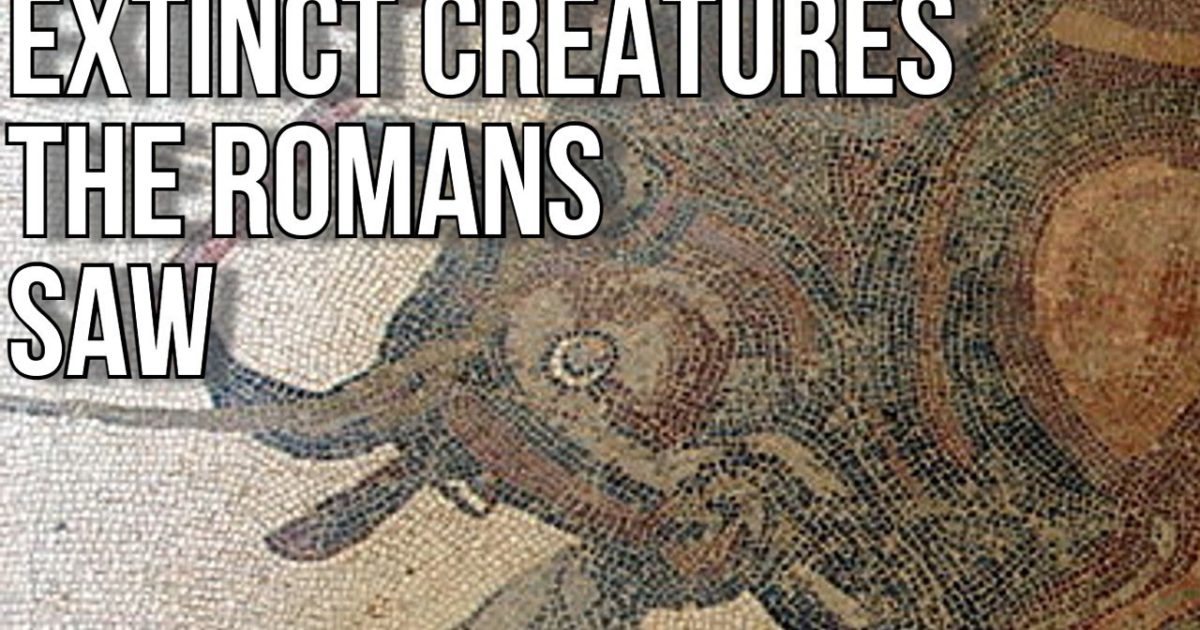 I’ve always said that it is man who is the most voracious species on the planet, we went from spears to firearms in the last 200,000 years and it is with the invention of gunpowder, when we really did the most damage, not only to ourselves, but also to animals.

But really, it is in ancient times, during the bronze and early iron age when we really did some terrible damage to the other species. Sadly it is about 2000 years ago when men literally wiped-out serval animals species and almost all of them were wiped-out in the name of ‘entertainment’.

Animals that were captured all over the ancient world and sent to Rome, to be fodder for the masses in the great arena, killed simply for entertainment of the Roman mob.

Man is the only species who has the audacity to think that it is he who is all-powerful and omnipotent and every other form of life is subject to our will.

But it is after the birth of Christ when we really ramped-up the production of slaughter. It is after the Romans built the Great Colosseum, when mankind saw the needless slaughter of animals as a form of ‘entertainment’.

After the invention of gunpowder and firearms, the needless slaughter of animals went to another level, not just for food, but for status (trophy hunting).

Now, don’t misunderstand me, I am a very fierce advocate of hunting, but not for sport, I do not believe in ‘trophy hunting’, but only for conservation and food. I’m a staunch believer in ‘don’t kill it unless you grill it’. There are no trophies mounted on the wall of my home.

In the video below you will see animals who have now sadly been lost to us in modern times, but were encountered by the ancient people of the old world, be it the Romans, Greeks, Persians, or Chinese.