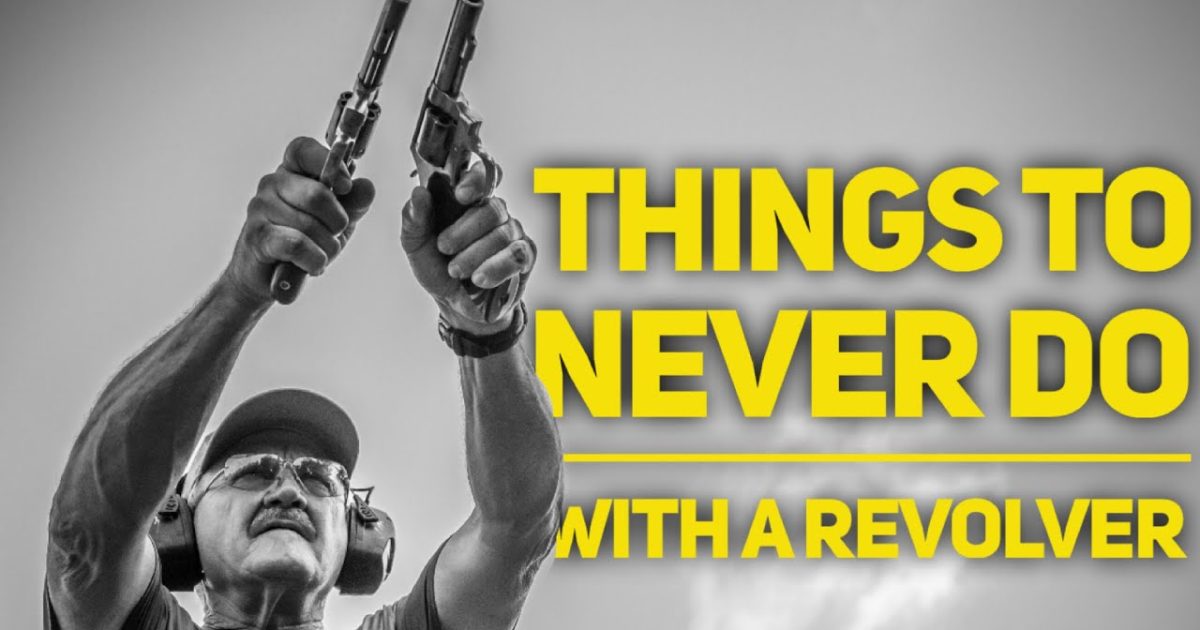 I was looking for a video that shows the correct and incorrect way to handle a revolver and lo and behold…there it was! Now, everybody that’s ever handled a gun knows just who Jerry Miculek is and as far as I’m concerned, Jerry is the final word on how to handle a firearm. But just incase there are those of you who have been living under a rock, I’ll place some info below on just who this man is and what his qualifications are for me to make that claim.

For those of you who don’t know who Jerry Miculek is please take the time to read this courtesy of Wikipedia:

Jerry Charles Miculek Jr.  Born September 7, 1954) is an American professional speed and competition shooter. Miculek has emptied a five-shot revolver in 0.57 seconds in a group the size of a playing card, thus being dubbed “The Greatest Shooter of all Time”. Miculek holds five officially sanctioned world records in revolver shooting and over 15 unsanctioned records with firearms ranging from rapid firing pistols to the Barrett M107 .50 BMG rifle. Additional accomplishments include six shots in .98 seconds with a Barrett M107 .50 BMG rifle and a 1000-yard shot off hand with his 9mm Smith & Wesson revolver.

Miculek is also a gunsmith who tunes and adjusts his own firearms for optimum function. In addition to a channels on YouTube, he has a reality show, Shootout Lane on the Outdoor Channel. Miculek worked as a millwright at Freeport Chemical for 15 years before becoming a professional shooter in 1989. He is married to Kay Clark-Miculek, herself a shooter with national and world titles. His daughter, Lena Miculek-Afentul, is also a shooter with IPSC world titles. Smith & Wesson 625JM revolver (Jerry Miculek edition), chambered in .45ACP

Miculek is endorsed by Smith & Wesson, who named the S&W Model 625JM model for him. In 2014, Smith & Wesson released the Miculek series Smith & Wesson Model 929 9mm revolver, designed in part by Miculek. Mossberg offers Miculek signature series shotguns and a rifle compensator of his design.

Okay, now that you are up too speed, watch the video below and learn from the master himself!!