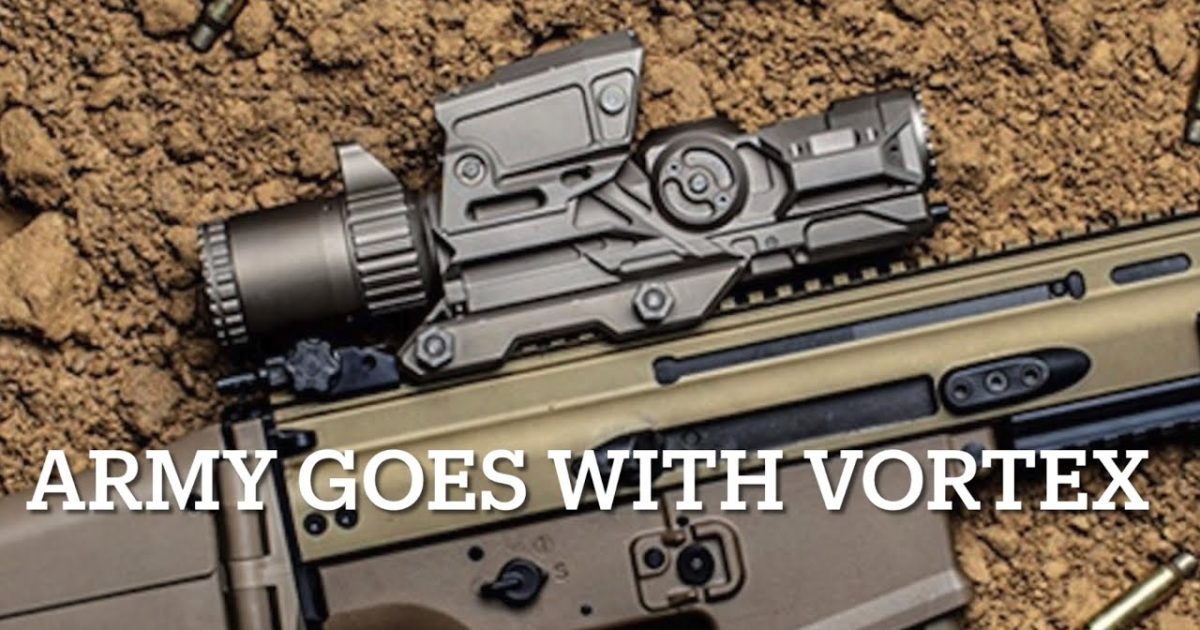 Anything that helps put bullets on target is a ‘good thing’ and it seems that the U.S. Army has chosen a new optics system to do just that in the form of  this new next generation squad weapon fire control system.

American optical equipment manufacturer Vortex Optics has been awarded a contract by the US military to produce approximately 250,000 Next Generation Squad Weapon – Fire Control systems over 10 years.

With a starting price of $20 million, the agreement stipulates that the company provide advanced weapon optics capable of increasing the accuracy and lethality of the close combat force. The sights must feature a variable magnification optic, laser rangefinder, backup etched reticle, atmospheric sensor suite, compass, and a ballistic calculator.

The advanced optics must also be equipped with a digital display overlay and intra-soldier wireless, visible, and infrared aiming lasers. Vortex subsidiary Sheltered Wings will complete the contract. Their offer was chosen over L3 Harris, which also submitted a prototype optical sight for the Next Generation Squad Weapon.

Continuing Modernization The US Army has been investing in potential replacements for its aging combat weapons for many years. However, to fully maximize the capabilities of these weapons, the service has begun looking for better optics more suited to harsh combat environments. The new optical sight is described as a “computer atop the weapon” since it can calculate range, ballistics, atmospherics, directional information, and digital overlay.

Next-Gen Squad Weapons Program Launched in 2017, the Next Generation Squad Weapons program is a US military initiative to develop operationally relevant squad-level lethality against various threats.

Three defense firms have been selected to provide weapons and ammunition prototypes for the program: SIG Sauer, General Dynamics, and Textron Systems. According to the US Acquisition Support Center, the program will increase soldiers’ firing precision in close combat situations. The weapon system also provides soldiers with significant range and signature management capability improvements. 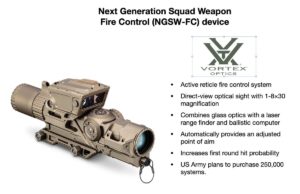