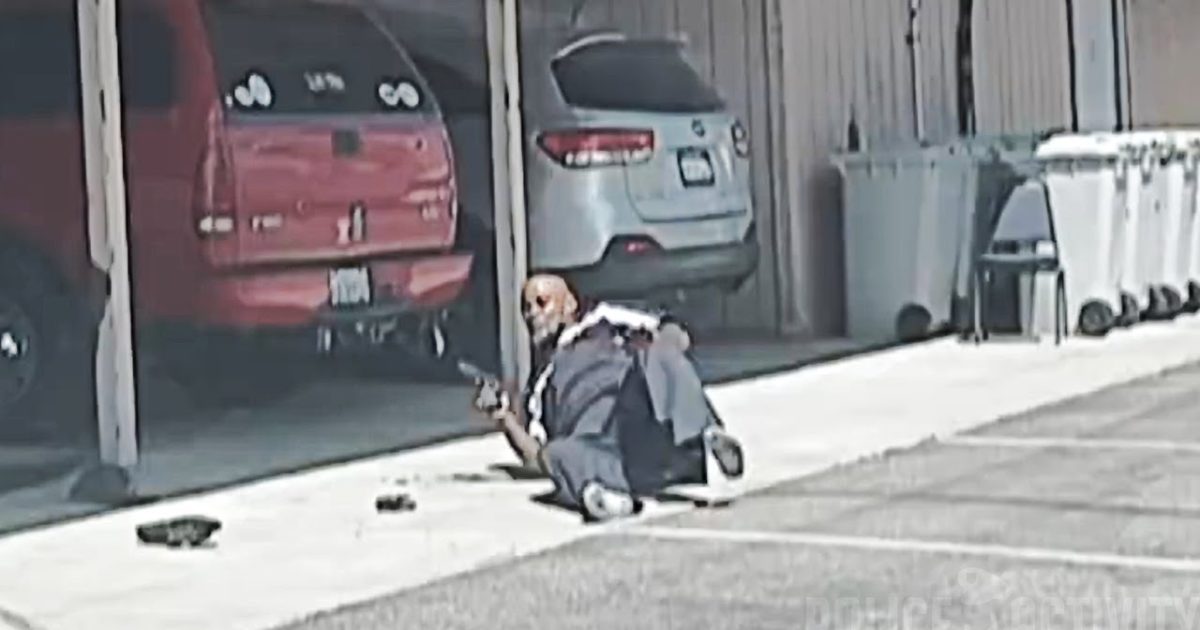 This is probably one of the most intense videos I have seen in a while and though usually I don’t wish for anyone to get hurt (including the suspect), this time I’m glad it ended like it did.

The suspect was a clear danger to everybody around him and it’s painfully obvious that he had NO INTENTION to be taken peacefully, so he tried to do as much damage as he could before he was killed.

Thankfully, nobody other than the suspect was killed or injured, but it wasn’t for lack of trying on his part. At least the taxpayers won’t have to support this piece of human garbage in prison anymore…and that’s a good thing!!

Buena Park, California — The Buena Park Police released video of a dangerous chase in Buena Park that ended in a fatal shootout between officers and a gunman who shot at a school bus in an attempt to kill the driver – his estranged wife.

The high-speed pursuit started on the afternoon of Sept. 3, when an officer patrolling the area of Orangethorpe and Western avenues spotted a silver SUV colliding with the school bus.

The officer then saw the SUV’s driver, later identified as 60-year-old Cedric Baxter of Compton, pull out a gun and shoot at the bus. A 6-year-old child and the driver, identified as the man’s estranged wife, were on the bus when the SUV pulled alongside and its driver opened fire.

The woman and child were not injured. Baxter then got back into the car and fled as the officer initiated a pursuit. The chase ended when Baxter pulled into a school district building parking lot and officers opened fire.

Bodycam video shows Baxter and officers exchanging gunfire. Police said Baxter was a parolee with a lengthy criminal history. He had an active domestic violence restraining order out against him and shortly before that chase his parole had been revoked. Baxter died at the scene.