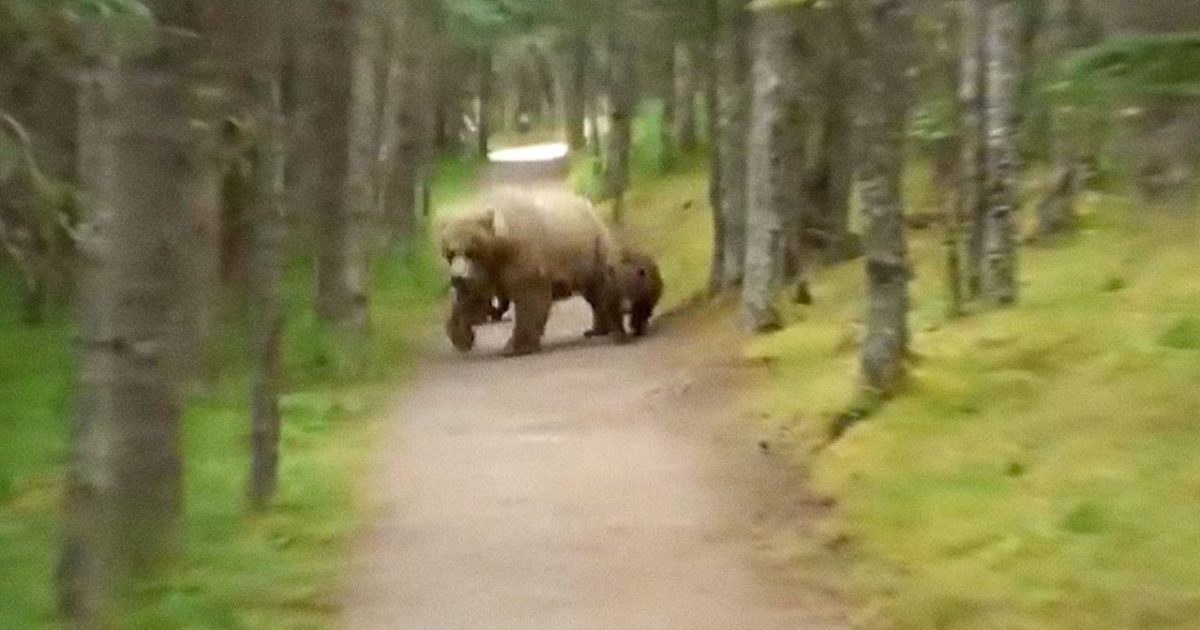 When you’re taking a leisurely stroll out in the woods, the last thing you want to see is a bear in front of you. Bears are, by the standard definition, apex predators. They’re at the top of the food chain, and practically nothing can, or would even try to kill an adult bear for food, with the exception of one animal..man.

But, the chances of being injured by a bear are approximately 1 in 2.1 million, according to the National Park Service. In other words, you’re more likely to be killed by a bee than a bear. Most of the time, bears will go out of their way to avoid humans, but, there is always the occasional encounter.

If you do happen to encounter a bear in the wild, stay silent and try not to move. Keep your legs spread apart and leave your pack on to protect your back. Once the bear backs off, stay quiet and still for as long as you can. Bears will often watch from a distance and come back if they see movement and whatever you do, don’t run.

Grizzly and polar bears are the most dangerous, but Eurasian brown bears and American black bears have also been known to attack humans. Some species kill livestock on occasion, and some bears, such as Asiatic and American black bears, may destroy fruit, or other crops, especially corn. But the chances of running into a bear in the middle of a cornfield in Iowa are pretty slim.

Three species of bears live in North America: black bears, brown bears (which includes grizzlies), and polar bears. While bears of the same species might look similar, everything from their size, coloring, diet and sleeping patterns depend on the bear and its location. For example, a bear’s diet varies depending on what foods are available during a specific season in a specific region.

If you do intend to go hiking in the woods especially in the spring, it is best to take some form of protection, because this is the time of year when bears are the hungriest as they emerge from hibernation.

Anyway, watch the video below as they spotlight 5 different bear encounters.