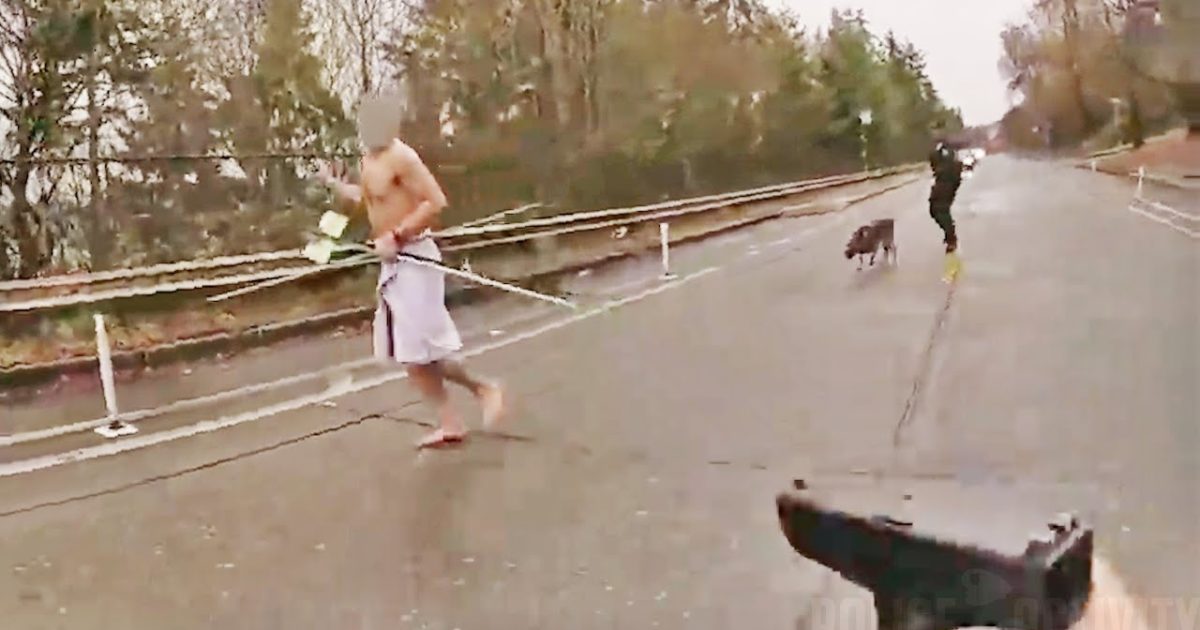 If there’s one thing I can’t stand, it’s a person who abuses, or harms animals and that is just what the suspect in the video below, in the City of Seattle did. Ever since the racist hate group Black Lives Matter reared it’s ugly head in the Emerald City, it has slowly gone downhill and has turned into a regular sh*t-hole, just like in other Democrat controlled cities & states across the country

Also, because of the “defund the police” movement, the COVID-19 virus and the un-constitutional vaccine mandates, Seattle’s police force has been cut down to a bare minimum of active duty police officers. Quite frankly, thanks to the commies’ on the Seattle City Council and the Mayor, if you wanted to commit a crime there, you could and even if you were arrested, you’d be out of jail faster than it takes for the police file the arrest report.

But, apparently, all is not lost yet in the Emerald City. If you shoot, or stab a K-9 police dog, the police can shoot you right back! Seems like a fair arrangement to me right?

Seattle, Washington State — The Seattle Police Department released video of the incident, showing a K9 team, an SPD patrol officer, and a patrol sergeant contacting the burglary suspect. The video shows the suspect, who was armed with a machete and a knife, fatally stabbing Police Dog Jedi before an officer open fired on the suspect.

Around 2:45 PM, the resident of a home in the 2200 block of South Eddy called 911 and reported a man armed with a knife was breaking into their home. A K9 team arrived on the call, saw the suspect, and began pursuing him as he fled on foot. In the 6700 block of Swift Avenue South, a police dog engaged with the suspect. The suspect then fatally stabbed the dog and injured an officer in an ensuing struggle. Another officer arrived on scene and fired at the suspect, fatally striking him.