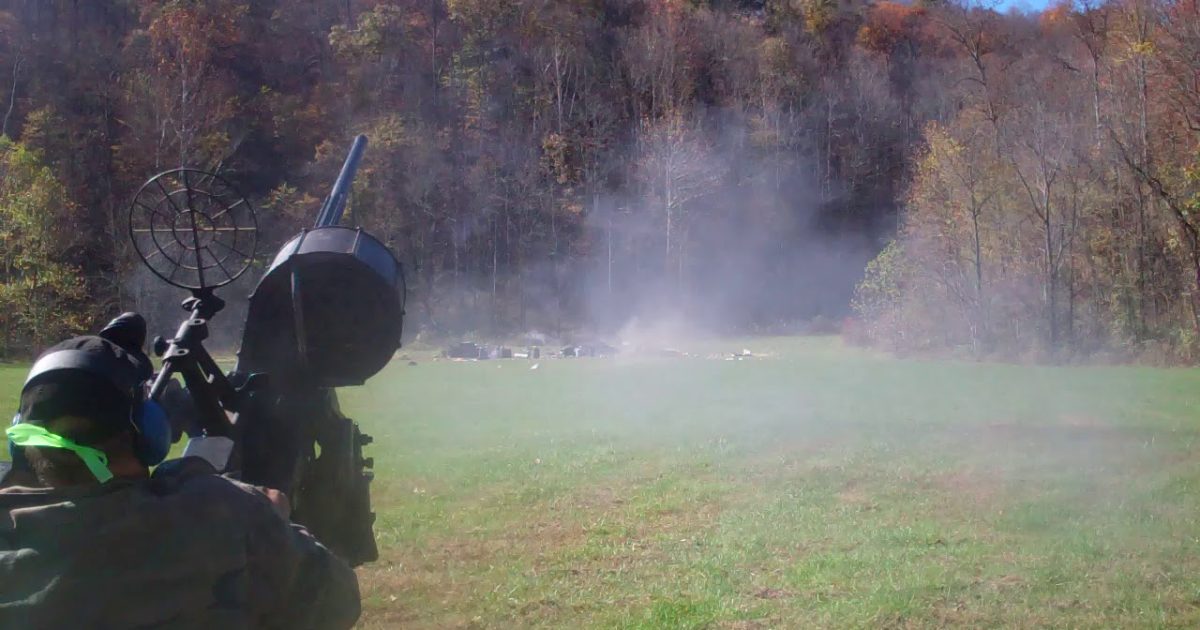 For some strange reason, every time I publish an article with a 20mm gun in it, you guys seem to just love it! So, today I’m giving you an awesome ‘twofer’ spotlighting the Oerlikon 20 mm cannon. There’s just something about shooting a 20mm, maybe it’s because you know that what ever you’re shooting at, is going to be completely destroyed (and it’s a big rush too).

Here is a little bit of information about this weapon courtesy of Wikipedia:

The Oerlikon 20 mm cannon is a series of autocannons, based on an original German Becker Type M2 20 mm cannon design that appeared very early in World War I. It was widely produced by Oerlikon Contraves and others, with various models employed by both Allied and Axis forces during World War II.

During World War I, the German industrialist Reinhold Becker developed a 20 mm caliber cannon, known now as the 20 mm Becker using the advanced primer ignition blowback (API blowback) method of operation. This used a 20×70mmRB cartridge and had a cyclic rate of fire of 300 rpm. It was used on a limited scale as an aircraft gun on Luftstreitkräfte warplanes, and an anti-aircraft gun towards the end of that war.

Because the Treaty of Versailles banned further production of such weapons in Germany, the patents and design works were transferred in 1919 to the Swiss firm SEMAG (Seebach Maschinenbau Aktien Gesellschaft) based near Zürich. SEMAG continued development of the weapon, and in 1924 had produced the SEMAG L, a heavier weapon (43 kg) that fired more powerful 20×100mmRB ammunition at a slightly higher rate of fire, 350 rpm.

Okay, now that you know the history about this weapon, I’m going to place two videos below of folks shooting this beast. The reason I’m using two videos, is that the first one only last a few seconds and the second video lasts about 2 minutes but all in all they’re still pretty good…enjoy the show!