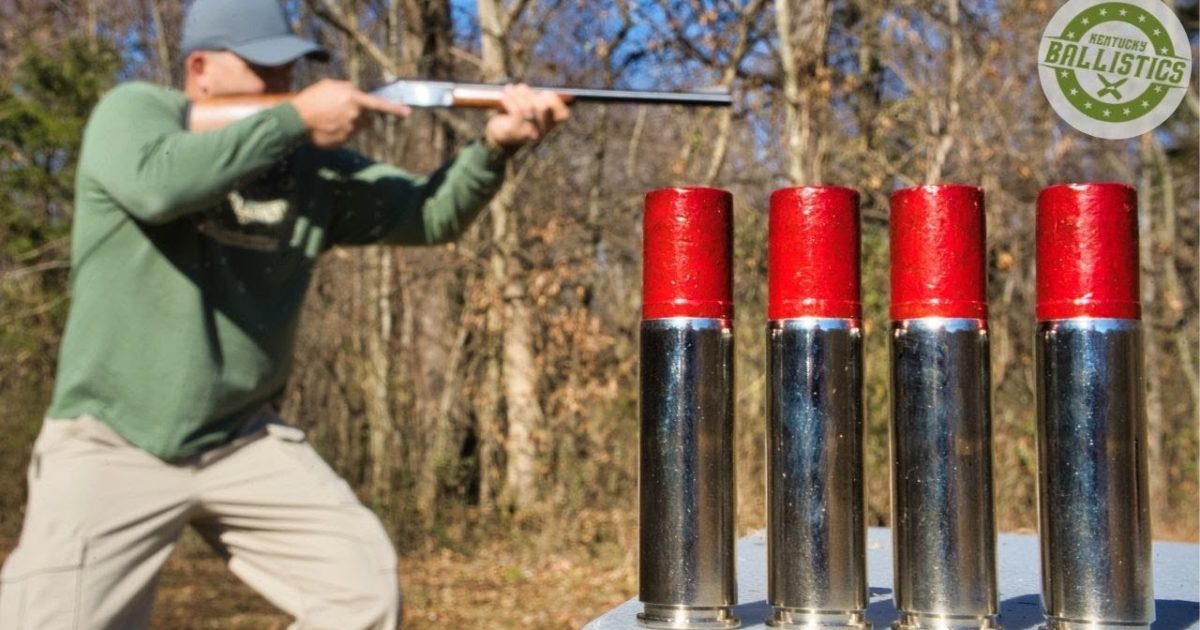 Now, I’m not really all that excited about single shot rifles, unless it’s A Shiloh/Sharps 45-70,  but if Scott thinks it’s okay, then who am I to disagree? This particular rifle he’s using in the video is made by New England Firearms and is a single shot chambered in .500 S&W Magnum, a pretty potent little round.

Try as I might, the only way I could find this particular rifle, was by different Gun Brokers’ and here is one: hyattgunstore.com.

Here is what I found out about New England Firearms :

NEW ENGLAND FIREARMS CO. Location: Madison, North Carolina. Formerly located in Gardner, Massachusetts, New England Firearms (NEF) is part of the Freedom Group of gun companies headquartered in Madison, NC. Some models have been marketed under both the NEF brand and H&R 1871. After 2007, the NEF brand has been seen only on imported models.

Here is some info on the Handi Rifle:

Born from a single-shot shotgun, the Handi Rifle has been around for years. While it was viewed mostly as a novelty in the 1990s, it came into its own in Mississippi about 10 years ago when Mississippi primitive weapons deer season regulations were amended to include single-shot cartridge rifles designed before 1900.

Who makes the Handi Rifle?

The single shot choice of many marksmen for years, the field-proven H&R 1871® Handi-Rifle® comes in a wide range of calibers. Features include recoil pad, ramp front sight and adjustable rear sight, sling swivel posts and cocking hammer with side spur for safety. Synthetic stock and forend. Blued action and barrel.

Sorry, normally I pride myself on gathering all of the most current information, but hey, I’m only human, so let’s watch as Scott shoots this thing and see how he does.