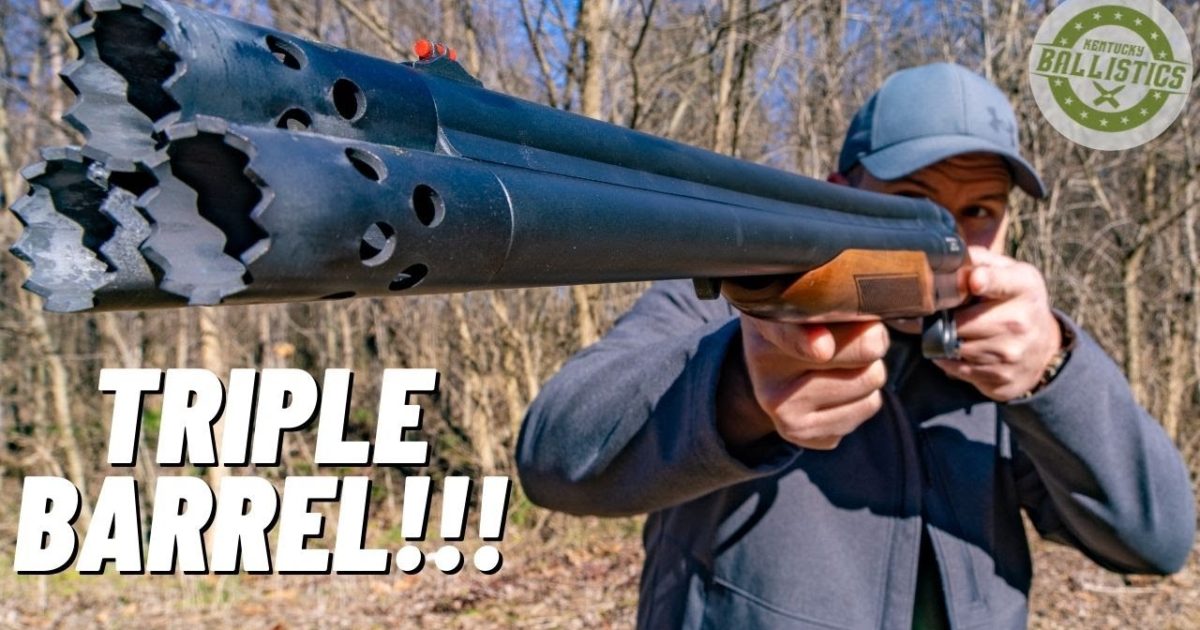 I gotta say, that just when you don’t think Scott can come up with anything new and exciting, he does! I mean, who in the blue hell would want a triple barrel shotgun to begin with?!?  Okay, I know, silly question. If you are one of those types that every time he sees a new toy and has to have it, I guess that’s cool, but chances are if you are one of those guys, you sure aren’t married.

Okay, let’s talk about the “Triple Threat”. While the Chiappa name may be on the gun, it is actually made by Charles Daly, Chiappa distributes it. So let’s get into the particulars about this beast.

It’s certainly an interesting home-defense option, to say the least. And if you think about it, break-opens are pretty ideal in that situation, but with three shots available, the Triple Threat changes the game a little. I’m pretty sure that it’s safe to say, that if some crackhead were to break into your house in the middle of the night and he came ‘face to face’ with this shotgun, he’ll probably sober up right then and there and never use drugs again…just sayin’.

This info comes from charlesdaly.com:

Okay, so you’ve had time to look over the specs, now watch Scott shoot this beast!