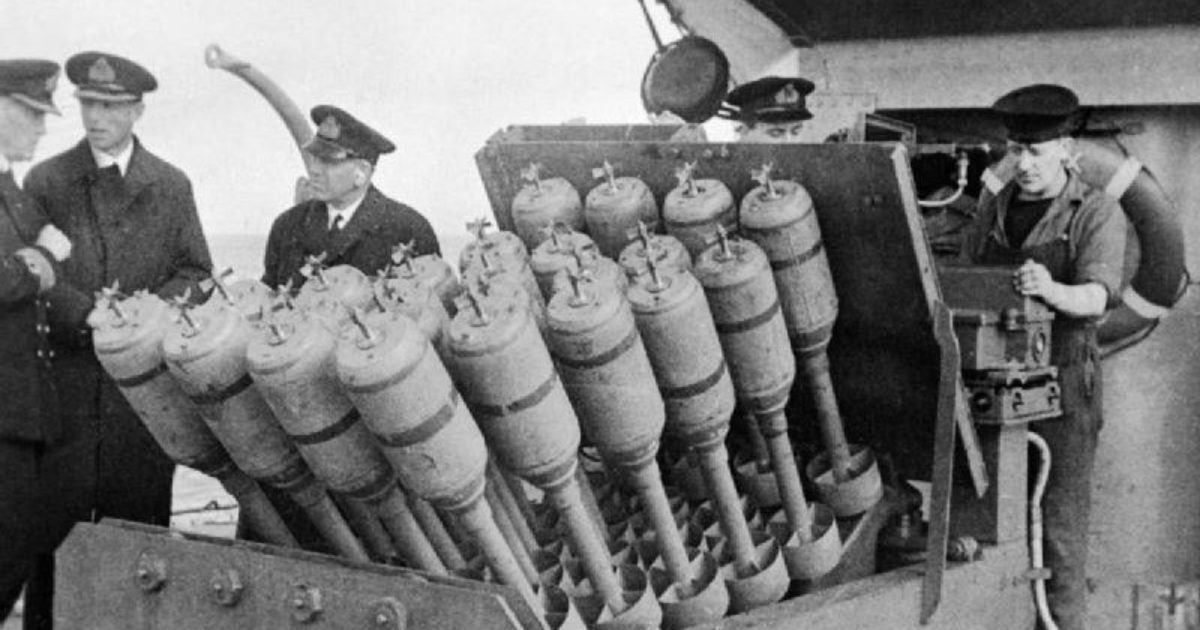 In the North Atlantic, Hitler’s U-Boat’s gathered in ‘wolfpacks’ to ambush and sink allied shipping of supplies to Great Britain. During the war the U-boats sank about 2,779 ships for a total of 14.1 million tons GRT. This figure is roughly 70% of all allied shipping losses in all theatres of the war and to all hostile action.

While it is true that Axis submarines were a very effective weapon against the allies early in World War II, it wasn’t long before that allies came up with ways to counteract this deadly threat with more than just ‘depth charges’ and the ‘Hedgehog’ was born.

A secret research endeavor under the direction of the British Admiralty led to the development of a unique weapon that would change the course of maritime warfare during World War 2.

The result of trial and error, this anti-submarine projector turned the tides against the Nazi U-boats and wreaked havoc in the Pacific. Instead of dropping depth charges on submerged submarines and causing damage from hydrostatic shockwaves, a different approach to outperform them was conceived early in the war.

The idea was to design a device that would fire spigot mortars ahead of a ship and have them detonate only when they hit a hard surface. Though the original Fairlie Mortar device was unsuccessful, a new idea sprung from the misadventure, and thus the Hedgehog was born.

Named for its rows of launcher spigots -which resembled the spines of the creature when devoid of a load- the Hedgehog would not only redeem the Fairlie but become one of the most feared weapons against the dreaded German and Japanese submarines.