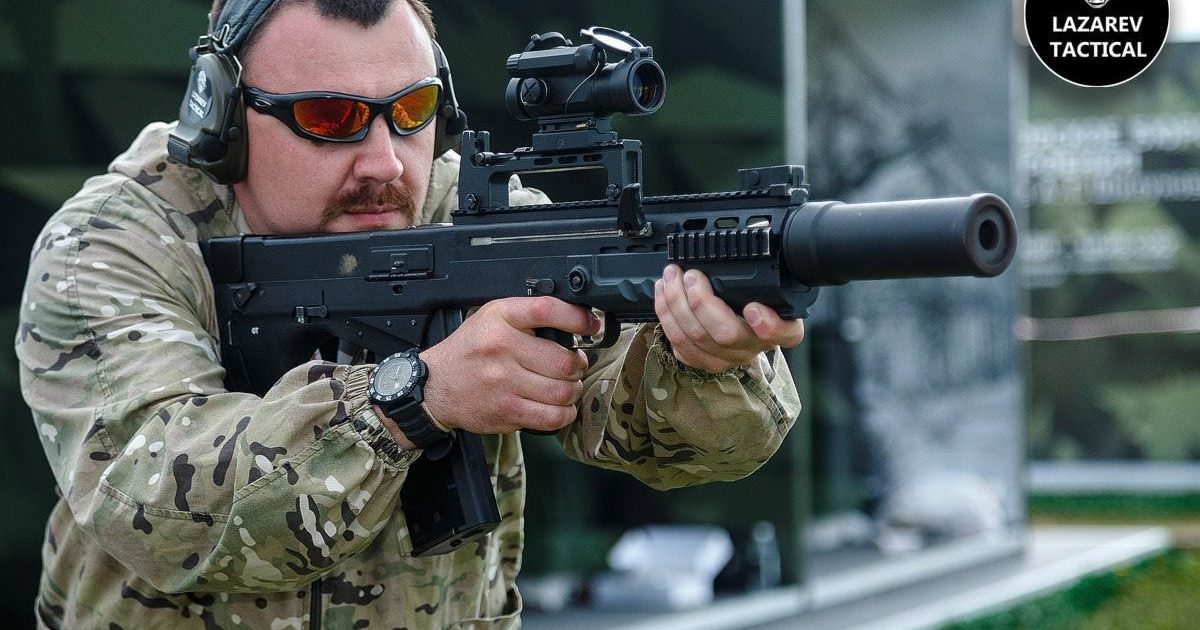 While the ShAK-12 isn’t a new gun, the fact that Russian Special Forces (Spetsnaz) are using it should say something about the usefulness of this type of weapon system.  The ShAK-12 is large-caliber system loaded with the 12.7×55 cartridge with different types of ammunition.

The ShAK-12 assault system is a modular heavy assault rifle, constructed on the basis of the principle of a bullpup and is a very effective short-range weapon. It also combines compactness and great power of the large caliber gun.

The ShAK-12, was commissioned by Russia’s Federal Security Service (FSB) and is being manufactured by a branch of the KBP Instrument Design Bureau.

Whereas Kalashnikov’s AK flagships like the recent AK-12 are general purpose military assault rifles that have to balance penetration, handling, weight, accuracy and shot distance, the ShAK-12 is designed for a specific use-case where weight and shot distance are largely irrelevant.

Drawing on the experience of the Beslan school siege and Moscow theater hostage crisis in the early 2000’s, the FSB saw the need for a more efficient close-quarters combat weapon in hostage situations.

Adrenaline and certain substances can suppress the immediate impact of gunshot wounds, potentially giving the target a short-term window of action before going down. In urban conflict scenarios, these minutes or even seconds can make a difference of several dead hostages.

The ShAK-12’s 12,7х55 mm rounds are meant to solve this problem by instantly neutralizing targets upon contact, thereby avoiding prolonged gunfights. These 33-gram rounds can reportedly neutralize targets even with grazing shots and through walls.

The ShAK-12 has an effective range of up to 100 meters, quite low for conventional military use but sufficient for close-quarters combat. Given ShAK-12’s intended operating scenario, a low effective range can be seen as a design feature in that it further minimizes collateral damage against civilians.

To accommodate three 12,7х55 variants of different kinetic energy and pressure levels, the manufacturer opted for a short-barrel bullpup design. While a relatively rare form factor for assault rifles, it may offer better handling in close-quarters environments.

In other words, this is one rifle that you do not want to take a hit from if you’re a bad guy on the receiving end.