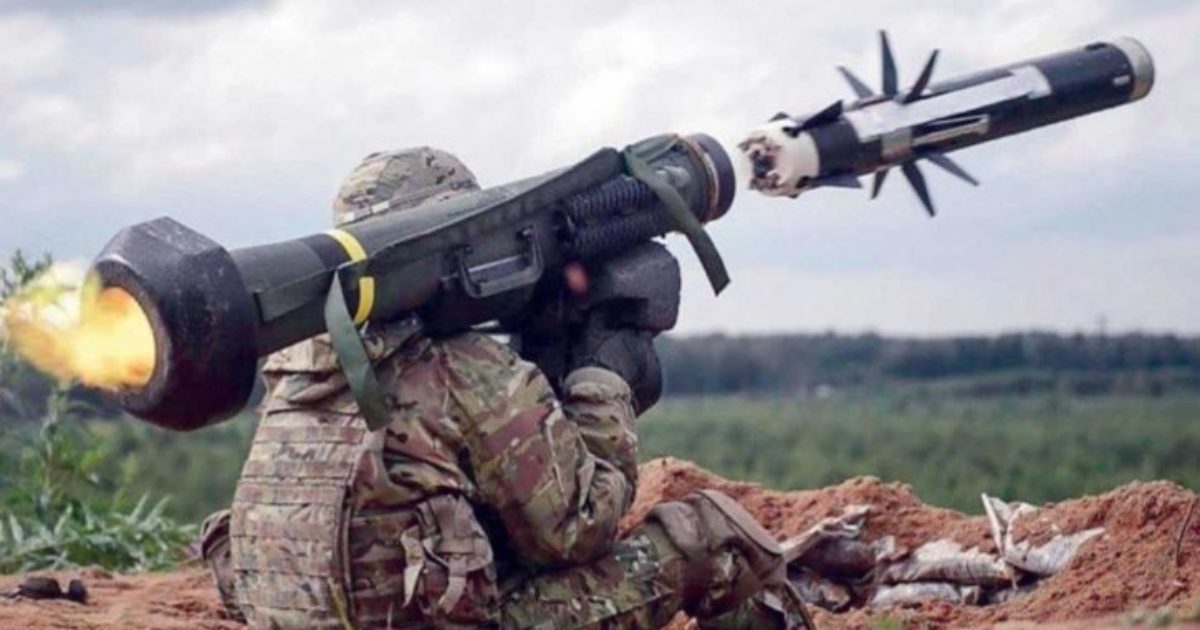 If you are a straight-leg infantry soldier and you need to take-out a tank, or some other armored vehicle, then your very best friend is the FGM-148 Javelin Missile. Unlike the bazooka of World War II, the Javelin might be a little bit more bulky, but you don’t have to expose yourself to the enemy to fire it, just lock onto your target, fire and forget, then, find some cover before the enemy even realizes where you are…pretty cool eh?

The Javelin missile is part of a long line of systems designed to allow infantry to deal with armored targets. This formidable weapon came into service in the 1990s and is capable of dealing with tanks, buildings and even helicopters. Since its introduction, 5,000 Javelin missiles have been launched, and the system has become a fundamental asset for the infantry.

In the years after WWII, there were some leaps in portable anti-tank weapon developments. Weapons like the M47 Dragon and the TOW missile helped the situation considerably, as they offered enormous armor penetration capabilities and much better range.

However, neither of these systems was perfect; their wire guidance meant the operator had to stay in one location and they emitted violent backblasts. The M47 Dragon had a range of less than a mile, which puts the user within the range of a tank’s heavy machine guns.

These drawbacks meant the operators of these weapons were vulnerable to return fire.

The FGM-148 Javelin missile solved these drawbacks. Introduced in 1996, the Javelin quickly replaced the M47 Dragon, with the latter being withdrawn from service in 1990s and early 2000s.

The Javelin does away with wire guidance and instead uses an automatic infrared guidance system. It is a fire-and-forget weapon, so as soon as the missile is fired the user can relocate or take cover.

Upon firing, the missile first experiences a “soft launch,” which propels the projectile out of the launch tube without the flight motor igniting. After a short delay, the flight motor kicks in and powers the missile to the target. The advantages of a soft launch are twofold: it protects the user by reducing the effect of backblast associated with missile launchers, and reduces the amount of dust kicked up by the rocket motor.

After launch, the missile uses an onboard infrared imaging and tracking system to accurately make its way to the target without any assistance from the operator. The weapon has a range of over 4,500 meters (2.8 miles), keeping the operator out of harm’s way.

The video below is about 10 minutes long, but it’s a “grabber”, guaranteed to keep you ‘riveted’ and that’s important. In fact, the time it takes to use this weapon is less than it’ll take for you to watch the video, but don’t let that put you off. But I always did have a soft spot for blowing stuff up, and this weapon system certainly does that, so enjoy!!