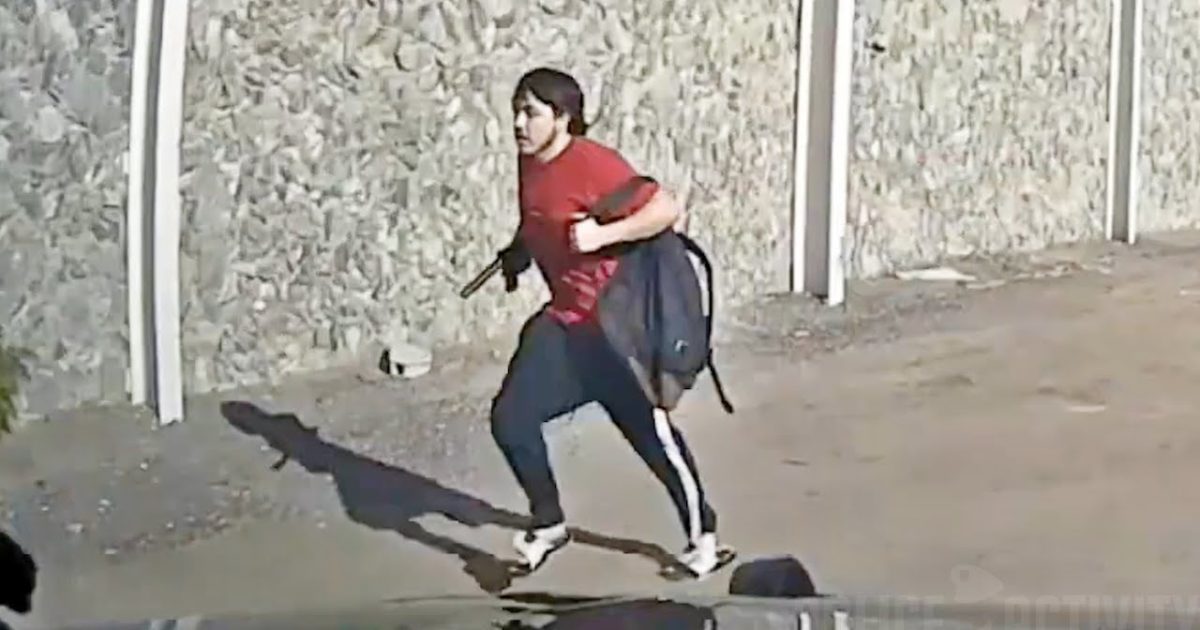 This kind of thing really makes me very angry, my first question would be, where in the heck did this kid get all of these firearms?!? I mean seriously, this guy had a damn arsenal and only goodness knows what would have happened if he had decided to have a full-blown standoff  with the cops, just how many more people would have lost their lives if that had happened?!?

Now, the gun-grabbing politicians will use this situation to push for more “common sense gun laws”, but let’s get real, either the suspect stole these guns, or he bought them on the street. So let’s leave the law abiding citizens out of this conversation and focus on what needs attention, the criminals.

This might even be a gang related thing, because of the age of the suspect and the quantity of the firearms found at the scene, but I don’t have any information regarding that. The bottom line is, this “kid”, would be alive if he had not been armed, so I think the next phase in the investigation would be to trace from where all of the guns came from to make sure that no other teenager can get his hands on anymore guns.

Albuquerque, New Mexico — The Bernalillo County Sheriff’s Office released body camera and surveillance video from the Nov. 26 incident in the North Valley in which a deputy shot and killed 18-year-old Elijah Riche armed with an “AR-15 style pistol” and carrying a backpack full of guns.

The incident unfolded after BCSO says Riche crashed a red SUV into other cars at the intersection of Edith and Montaño around 2 p.m. on November 26, 2021, the day after Thanksgiving. One deputy followed the suspect south on Edith for about a quarter of a mile, until Riche crashed into a fence at Edith and Nikanda.

The suspect gets out of the vehicle, runs about 10 feet down from the vehicle, he stops, turns back around and arms himself with weapons from the vehicle, then starts running again. In the body cam video, another responding deputy, Ronald Perez, noticed Riche was armed with an AR-15 pistol and asked him multiple times to put it down.

Riche turned back, and continued running toward other deputies with the gun still in hand. That’s when deputy Perez shot him one time. Riche was taken to the hospital, but did not survive his injuries. BCSO found four other guns in Riche’s car and backpack at the scene. BCSO said Riche had no criminal history as an adult but has a juvenile record.