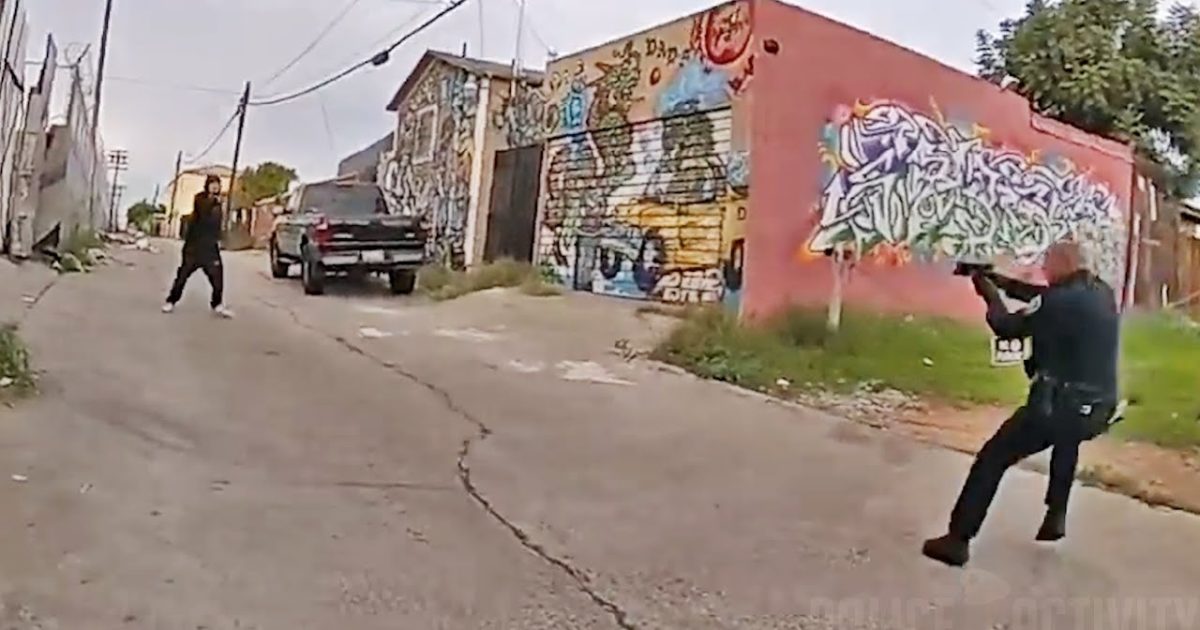 Alot of young men seem to be drawn into a life of crime these days. Whether it’s a lousy upbringing, a broken home,  or just falling in with the wrong crowd, too many young boys lead a life of crime and ultimately die on the street.

This is an example of one such case, a young man robs a store at knifepoint and after the police track him down, he makes the biggest mistake of his young life, he pulls a what the police assumed then was a weapon on the arresting officer, thinking the suspect had a gun, the young man is in turn, shot to death in the alley.

This doesn’t have to happen, too many young boys are dying for no good reason. As a parent myself I taught my boys to be respectful and while many other folks do the right thing and teach their children to respect to law and live within it’s means. Some parents don’t and they are the ones’ who suffer the most, it’s their child who dies on the street and as I said, it doesn’t have to happen.

My heart goes out to all of these people who have lost children to violent deaths, parents that will never see their kids grow older and have families of their own. This is why we as a society need to address this while our children are very young, this is why we need to teach our children to respect authority, so that they don’t end-up being shot to death in a dirty alley. Defunding the police is not the answer, teaching our children the difference between right and wrong is.

San Diego, California — The San Diego Police Department released video footage of the fatal shooting by three officers of a robbery suspect who allegedly pulled a knife and a pellet gun on them in Logan Heights. The video includes portions of surveillance footage captured about 7:30 a.m. Monday from inside Mullens Market and Liquor in the 3000 block of Imperial Avenue.

In it, 21-year-old Isaac Andrade approaches a store clerk at the market’s counter and shows them a large knife he’s holding in his left hand as part of a robbery attempt. Patrol officers investigating the holdup spotted the suspect walking in an alley just south of the scene of the crime, Brown said.

As they approached, Andrade alleged reached into his jacket and produced a knife in one hand and what appeared to be a firearm in the other. In response, SDPD Officers Michael Martinez, Michael Muniz and Angel Vidrios shot the suspect. Police and firefighters tried in vain to revive Andrade before paramedics pronounced him dead.

The gun that Andrade allegedly pulled, turned out to be an airsoft- style pellet pistol, the lieutenant said.