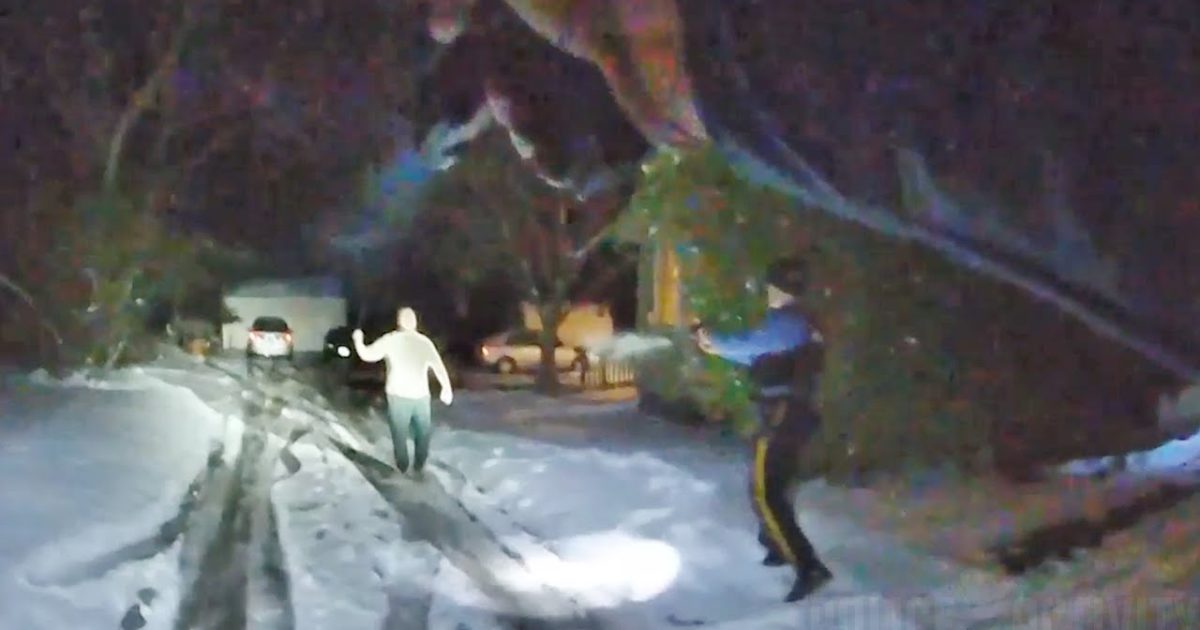 * (Disclaimer: This video content below is intended for educational and informational purposes only)*

I have to say, that this was an incident that did not have to happen, all the suspect had to do, was drop his weapon and comply with the officer’s lawful command and he would be alive today. For whatever his reason, he kept advancing on the police officers, all the while screaming at them, daring them to shoot him.

As for the police, they literally begged the suspect to stop and drop his weapon, all the while walking backwards to keep a distance between them and the suspect. I wonder, was this just another case of “suicide by cop”, or did the young man really didn’t think that the police wouldn’t shoot him? I guess we’ll never know.

This is yet just another case of a young man who didn’t have any respect for the police, it is part of a virtual epidemic of violence growing across this country because of the Democrat’s war on cops.

Contrary to the narrative spewed by both the Democrats and the mainstream media, the police are not our enemy, they are public servants who’s only wish, is to help people and go home alive after their shift. Put yourself in their shoes and you’ll see that I’m right.

Millville, New Jersey — The state Attorney General’s Office released the footage of the moments before an officer fatally shot a city man holding what police have described as a machete outside a home earlier this month. Police were called to a house on Burns Street about 9:30 p.m. and encountered 33-year-old Daniel Ackley, who was holding the machete.

According to the preliminary investigation, the shooting occurred shortly after 9:30 p.m. on Jan. 4 outside a residence on Burns Road in Millville. Officers of the Millville Police Department responded to 911 calls reporting an emergency at the residence. After officers arrived, they encountered Mr. Ackley holding a machete outside the house.

As Mr. Ackley advanced toward the officers with the machete, Officer Timothy Rehmann discharged his service weapon, fatally wounding Mr. Ackley. Officers and emergency medical personnel rendered first aid to Mr. Ackley, and he was airlifted to Cooper University Hospital, where he was pronounced deceased at 10:56 p.m.