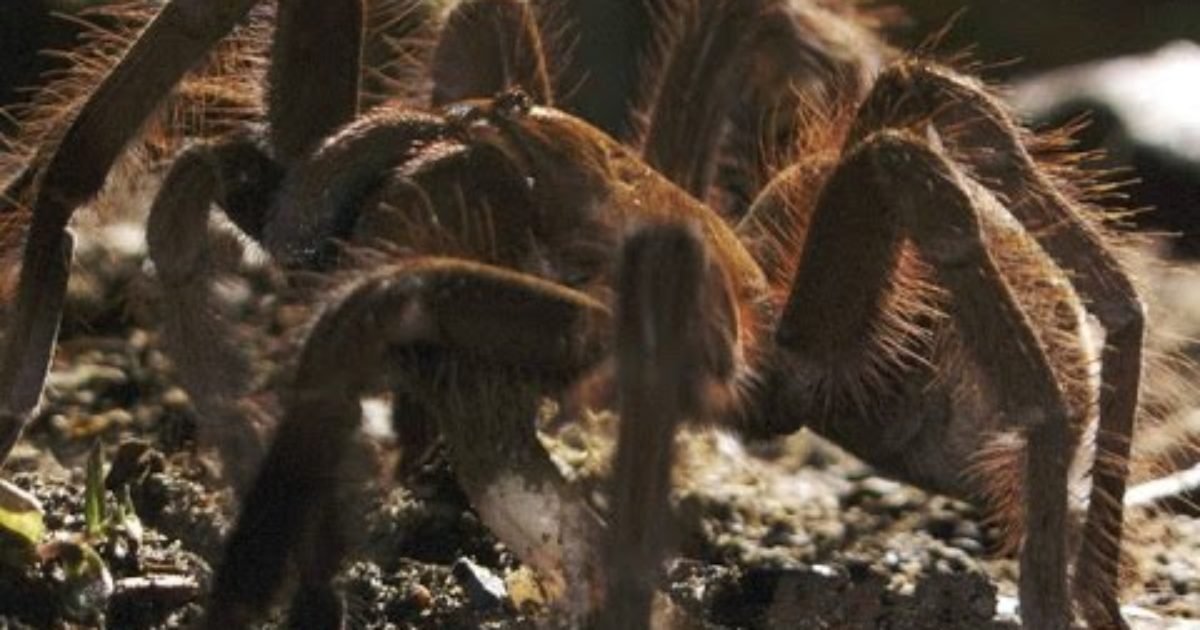 I don’t know about the rest of you folks, but ever since I was little I’ve had a “thing” about spiders and by that I don’t mean that I like them, they really just creep me out! It could be that I experienced some sort of “spider trauma” as a child, or it could be any number of things, I really don’t care what it was, I just hate them.

If you’re reading this out of morbid curiosity because spiders freak you out, consider that most spiders you see are average-sized, relatively banal arachnids. What would do if you ran into the most massive spider in the world? If you ever find yourself in that position, you can take solace in the fact that it probably won’t attack you, that is of course unless you do something to piss it off.

The spider in the video below is the mother of all spiders and if you’re an arachnophobe, I’m pretty sure the mere sight of it will cause nightmares for some. Goliath bird-eating spiders are nocturnal, living in burrows that have been abandoned by other small animals.

They are solitary and only have partners for mating. They are very aggressive and defend themselves by stridulation (a warning sound) and throw off barbed hairs from their abdomen.

Goliaths don’t usually eat birds, but they are big enough to be able to—and occasionally they do. “Birdeater” came from an 18th-century engraving that showed another kind of tarantula eating a hummingbird, which gave the entire Theraphosa genus the name birdeater.

Insects make up most of the Goliath diet, but frogs, lizards and rodents are on the menu too. Goliaths prowl the Amazon in northern South America. When a Goliath pounces on a lizard, for example, its inch-long fangs act like hypodermic needles, pumping neurotoxins into the hapless prey.

The spider then drags the dying animal back to its burrow and begins the digestion process. Spiders can’t ingest solid material, so they first liquefy the prey’s insides, then suck it dry.

So, does this creep you out…no? Then go ahead and watch the video, but if you have nightmares tonight, don’t say I didn’t warn you.