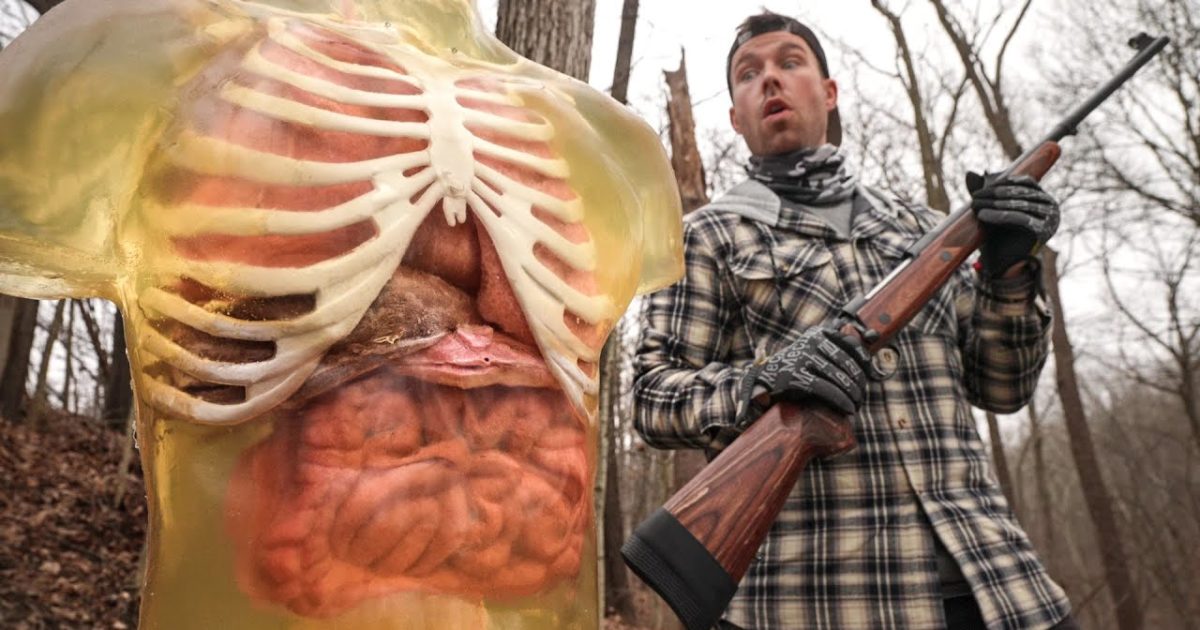 Back in November of 2019, I published an article about the Kimber Caprivi rifle, chambered in 373 H&H magnum. This rifle is used almost exclusively for “dangerous game”, like hippos, crocodiles, elephants and Cape buffalo. It is one of those rifles that can pretty much bring down what ever you aim it at. Now, I do not know what rile the young man in the video is using, but since it does fire the same cartridge, we can just assume that it is going to cause some significant damage to his target…and his target- a ballistic human torso. These are routinely used in combat training exercises and to better simulate the human body when scientists are performing bullet penetration tests. One would think that using this particular rifle for a ballistics test on a human torso would be a waste of time, since this rifle and ammunition are used to bring down elephants and hippos, it would be a pretty safe bet to assume the kind of damage that it would cause a human being, would be catastrophic to say the least. I do not know if this young man has made any kind of deal, or arrangement with the company supplying these ballistic dummies, but it’s a safe bet to say, that if he is paying for his target out of his own pocket, that it’s pretty darned expensive.

Okay, let’s watch and see just what kind of damage he can do, if you are the squeamish-type, maybe you should just close your eyes and not watch.