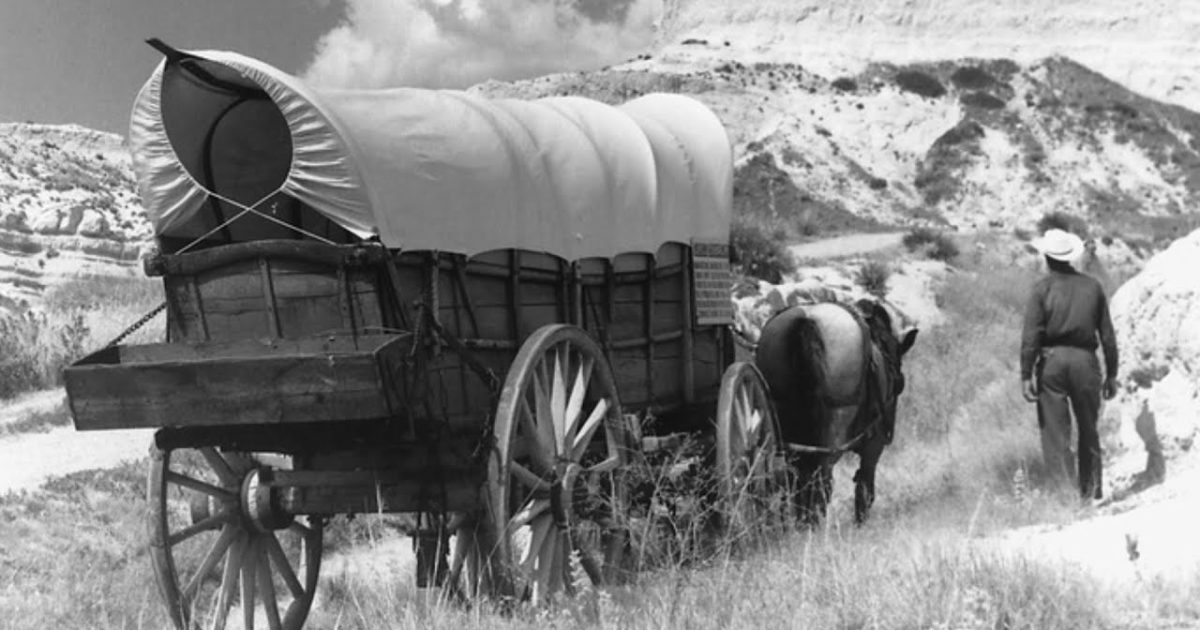 In today’s world, we tend to think we’ve had it tough when we’ve had to eat peanut butter sandwiches every day for lunch, or, when we only had Macaroni and cheese for dinner 2 or 3 nights a week. Even people who are on foodstamps today have it better than our ancestors did when they made their way westward in the 1800’s.

If you think you’ve had it hard, anyone of those people would have gladly traded places with you if they saw how we live and what we eat today. You have to remember, when families made their way west in the early to mid 1800’s, they had to buy foodstuffs’ that they could carry in their wagons and that means stuff that wouldn’t spoil while traveling over the rocky mountains on their way to Oregon, or California.

Life in the Old West was harsh, journeys were long, and settlers had no guarantees the food they packed on a wagon train would last until their final destination.

So it was alot of dried food, like dried fruit, or beans and rice, or hardtack and if they were lucky, dried, or salted beef, or salt pork. You might think, ‘well that doesn’t sound so bad’, just try eating it once or twice a day, every single day for six months, to a year. And if they ever did run out of food, they had to stop along the trail and hunt for game, so they wouldn’t starve to death. If they were lucky to get fresh meat, they had to preserve it so it would last, remember, they didn’t have refrigerators back then, or even ice chests.

Then there was always the possibility of being attacked by Indians, even though there were friendly tribes, not all of them liked strangers going through their territory. Disease was also a possibility, getting sick, or injured on the trail happened all of the time. What we have in our own medicine cabinets today, these pioneers didn’t even have that, so sickness, or bodily injury was a pretty serious thing and so the death of a loved one on the trail west was always in the back of their minds and a lot of men, women and especially children died along the trail. Even a broken bone, or a common cold had the potential to be fatal.