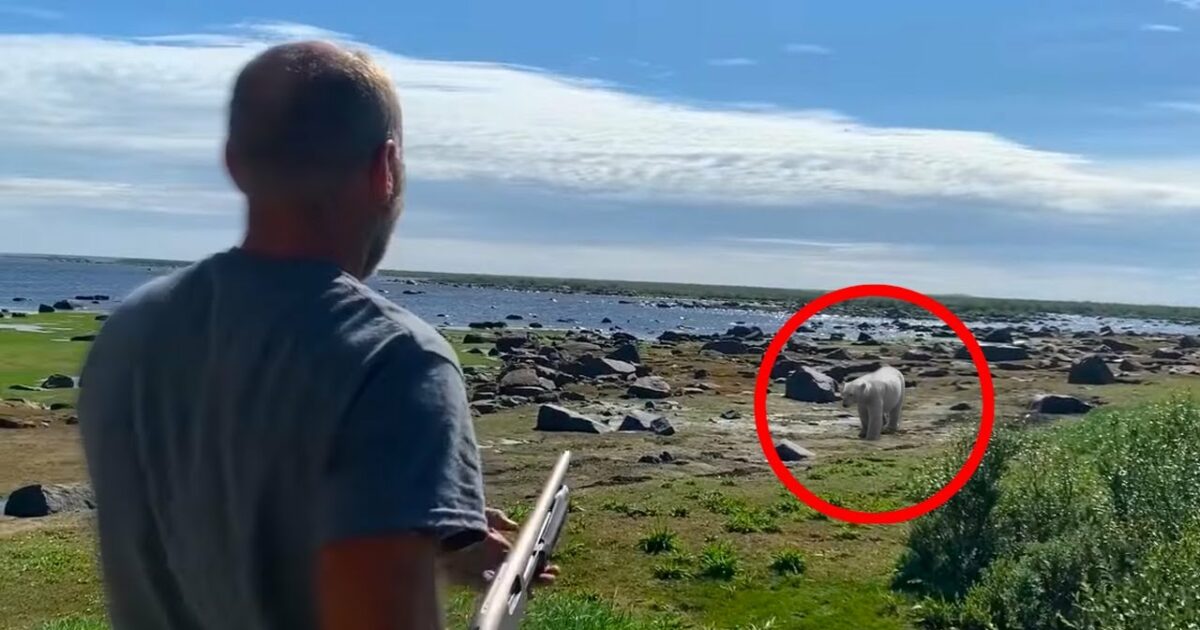 Polar bears have white fur so that they can camouflage into their environment. Their coat is so well camouflaged in Arctic environments that it can sometimes pass as a snow drift. Interestingly, the polar bear’s coat has no white pigment; in fact, a polar bear’s skin is black and its hairs are hollow. It has no natural predators and knows no fear of humans, making it an extremely dangerous animal.

Considered by biologists to be one of the smartest land animals in North America, bears exhibit intricate social structures and can perform complex tasks. Polar bears are incredibly smart and patient hunters, and can remain motionless for hours above a seal’s breathing hole in the ice, waiting for the seal to emerge. Polar bears are also known to hunt human beings for food, kinda gives you a little more respect for them doesn’t it?

The producers of the article below had this to say regarding their video:

In this compilation video, we go over multiple clips from polar bear attacks, encounters and even charges. What makes these ”caught on camera” moments so scary is the fact that they were filmed in remote areas like a forest, national parks, alaska, russia, siberia and canada.

We feature a clip where workers in siberia feed and get charged by a hungry polar bear, an expedition in alaska goes wrong for a group of campers, russian mine workers feed polar bear cubs, a fearless russian photographer runs after a polar bear, campers get visited by a polar bear and shoot at it with a flare gun and a man shoots at polar bears with his shotgun.

Encounters with polar bears are actually way more common than you might think. They often happen to people who are hiking, camping or even hunting in snowy areas. It just turns out that some of them were lucky enough to capture footage of these near death experiences that almost went wrong on camera and go pro.

This leads to some very creepy videos. Thankfully, many people on hikes carry bear spray, which prevents their polar bear encounter from turning into ”gone wrong” viral moments. Get ready, because these polar bear vs man moments that could easily be considered near death experiences are sure to give you the chills.

Okay, now that you know the facts, sit back from the safety of your home and enjoy the video.