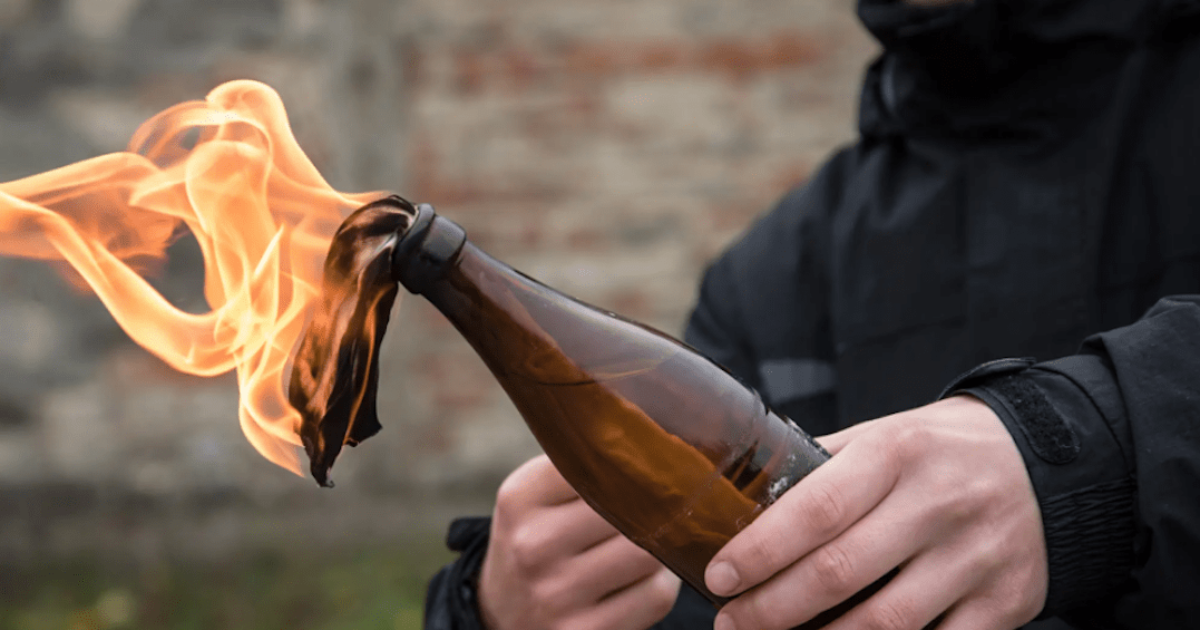 One of the most simple and very effective weapons that partisan forces can make and use, is the Molotov Cocktail. They are very simple to make, all you need are empty glass bottles, or even mason jars, you fill them with gasoline, kerosene, or even paint thinner, put a common household rag at the top, light it and throw it at your intended target and get the heck out of the way.

Using this simple but effective weapon, you can turn an enemy truck, or other vehicle and it’s occupants  into a torch on wheels. These simple but effective low-tech weapons’ can wreak havoc with an occupying  enemy force. The only drawback to using them, is you have to be close enough to your target to be able to throw it at them.

It seems that at the very beginning of the Russian invasion into Ukraine, the Ukrainian citizens almost immediately started using Molotov cocktails on the Russian forces with devastating effects.

As Russian forces meet fierce resistance from Ukrainian military forces and civilians alike, the owners of Lviv-based Pravda Brewery have pivoted to making petrol bombs, known colloquially as Molotov cocktails, to aid in the country’s defense.

On Saturday, Feb. 26, the National Security and Defense Council of Ukraine shared instructions on Twitter, detailing how to make Molotov cocktails. The accompanying caption encouraged Ukrainians to fight back, saying, “While our partners load planes and cars with weapons for Ukraine, we are preparing our branded ‘brotherly’ gift for the Russian bastards. We are arming ourselves, preparing, and destroying the occupiers!”

We all hope and pray for the Ukrainian people and we admire their spirit and will to expel the Russian invader’s from their homeland!!

Lest you think it fun to create a Molotov cocktail for  sh*ts & giggles , understand that in the United States, Molotov cocktails are considered “destructive devices” under the National Firearms Act and regulated by the ATF. Possession of one is illegal.