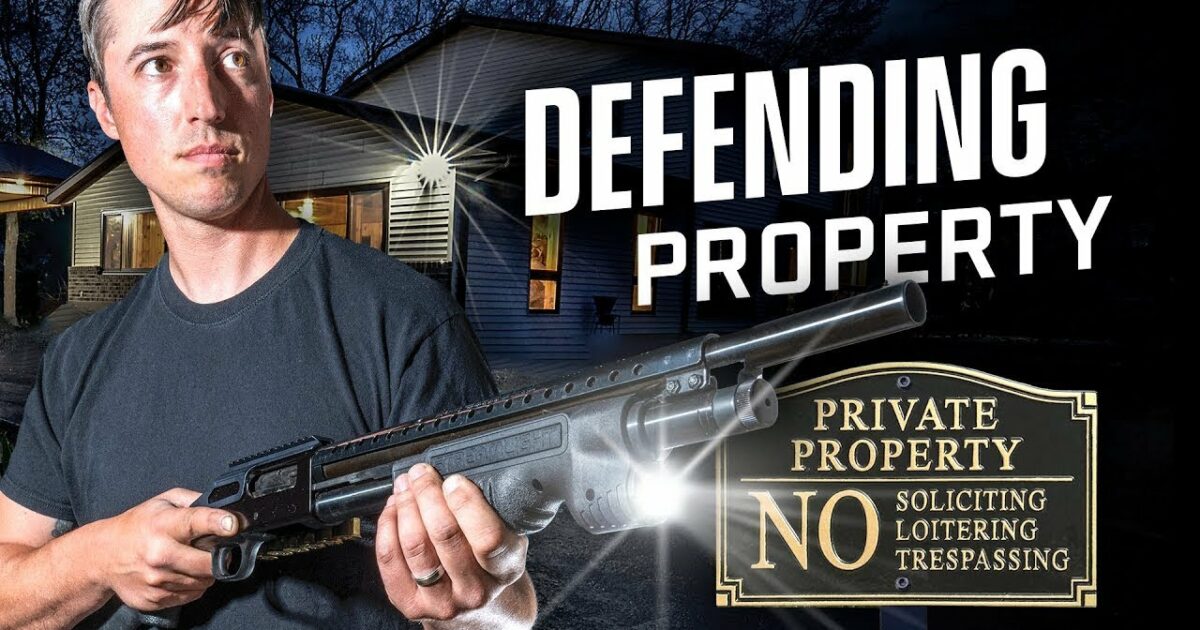 Most folks are of the belief that if a stranger steps foot onto their property, especially if you have ‘no trespassing’ signs posted, that you automatically have the right to use a firearm to protect that property. Truth be told, I also thought this was true.

But, depending what state you live in, the laws are very different and if you do fill some trespasser’s butt with a load of buckshot, you could get yourself a one way ticket to the county jail. I live in Washington state and the laws are very strict on the use of deadly force by private citizens.

Since a person must be in reasonable fear of serious harm to some person, the reasonable fear, or actual and verifiable fear of destruction to property only does not provide a legal justification for lethal force.  Put more simply, you can’t shoot someone when they only thing at risk is your property.  It does not matter the actual value of the property, it does not matter the sentimental value of the property, deadly force cannot be used in Washington state to defend property.

The simple rule is that as long as you are lawfully in your location, you have no duty to retreat and can use any reasonable force necessary to defend yourself.  The force used must be reasonable, or put another way, ‘proportionate’.  Washington’s self-defense law specifically states that force can be lawfully used when:

Laws regarding this particular subject vary from state to state, so if you aren’t sure what the laws in your state are, if you think someone is entering your property unlawfully, it will help to get an understanding of trespassing law and the various exceptions. Get in touch with a skilled real estate attorney near you, or contact local police to learn how the law applies to your particular situation.