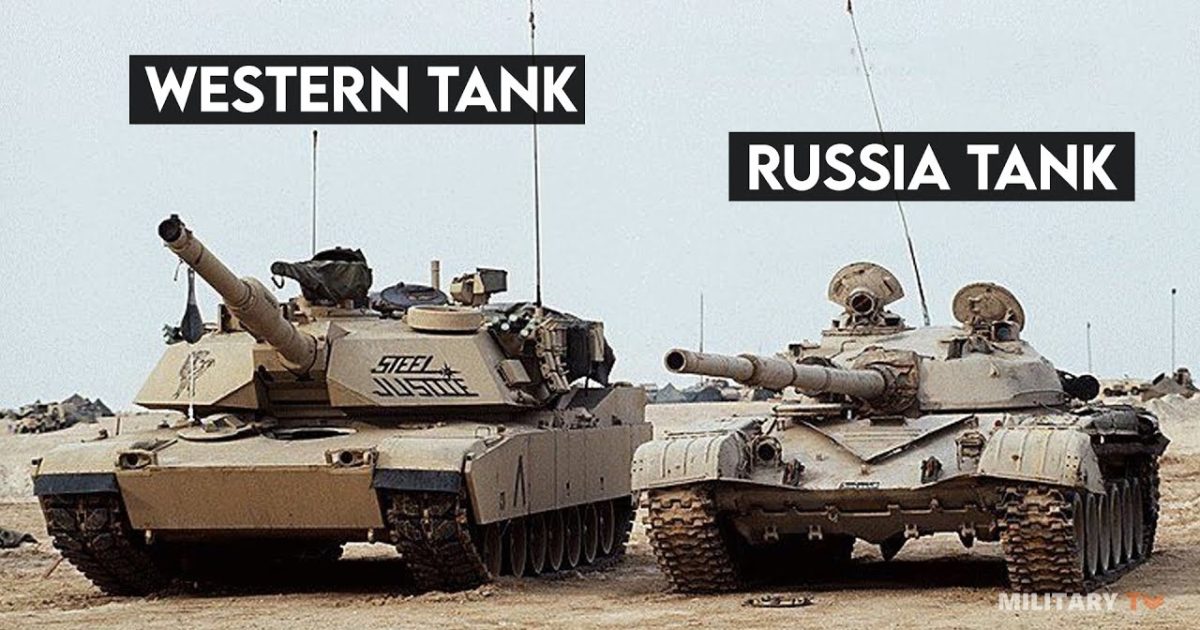 Since it is now painfully obvious that the likelihood of a conflict with the Russians is possible, we need to know that out military and more importantly, our equipment is up to the challenge. The one advantage we do have, is that our western tanks are superior to our Russian and Chinese counterparts, for now anyway.

The Russian’s do have the advantage of producing more tanks than we do, but cheaper isn’t always better, we learned that lesson in WWII with the production of the M4 Sherman tank. Even though the German tanks were superior to our tanks, we were able to mass produce the Sherman tank and therefore put more tanks on the battlefield and replace our losses faster than the German’s could.

But the question remains…“Why are Russian tanks lighter and smaller than the western tanks?”. The Soviet tank design concept had a preference for two tiers of tank, with one tank is less capable, but can be produced in greater numbers, and a more capable tank which was less numerous, but better-suited to tank combat.

These pairings can be seen with the T-54/55 and the T-64, or with the T-72 and the T-80. In general, Western preferred to deploy a single main battle tank platform to establish a unified fleet of tanks. The Soviet designers exhibited a preference for making tanks relatively small, low-profile, and not too heavy.

Meanwhile, Western vehicles became progressively larger and heavier through the second half of the 20th century, with notable exceptions to this trend being the Leopard 1 and AMX-3 tanks. The results of this difference in concept are readily apparent when, for example, comparing the T-72 and the Leopard 2, or the M1 Abrams series of tanks.

The T-72s are significantly smaller, shorter, and lighter than their Western counterparts. This has certain advantages, in so far as the T-72s are substantially less expensive to manufacture and to maintain, allowing the operator to field a larger fleet of T-72s than they could with Western tanks for the same budget.

Interestingly, Western tank designs have been viewed more favorably in the public attention since around 1980, due in large part to the apparent accomplishments of its designs as evidenced by low losses in battles until around 2006. Nevertheless, Many Western tanks have been found to be vulnerable in recent conflicts such as Syria and Yemen, where rebel groups have found access to more advanced anti-tank guided missiles (ATGM).

So, the logical choice would be for us to upgrade the armor of our tanks so that they are less vulnerable to anti-tank guided missiles, or, adopt the Russian strategy of producing smaller, less armored tanks so that we can produce more of them.

What do you think, please leave you thoughts in the comment section below.