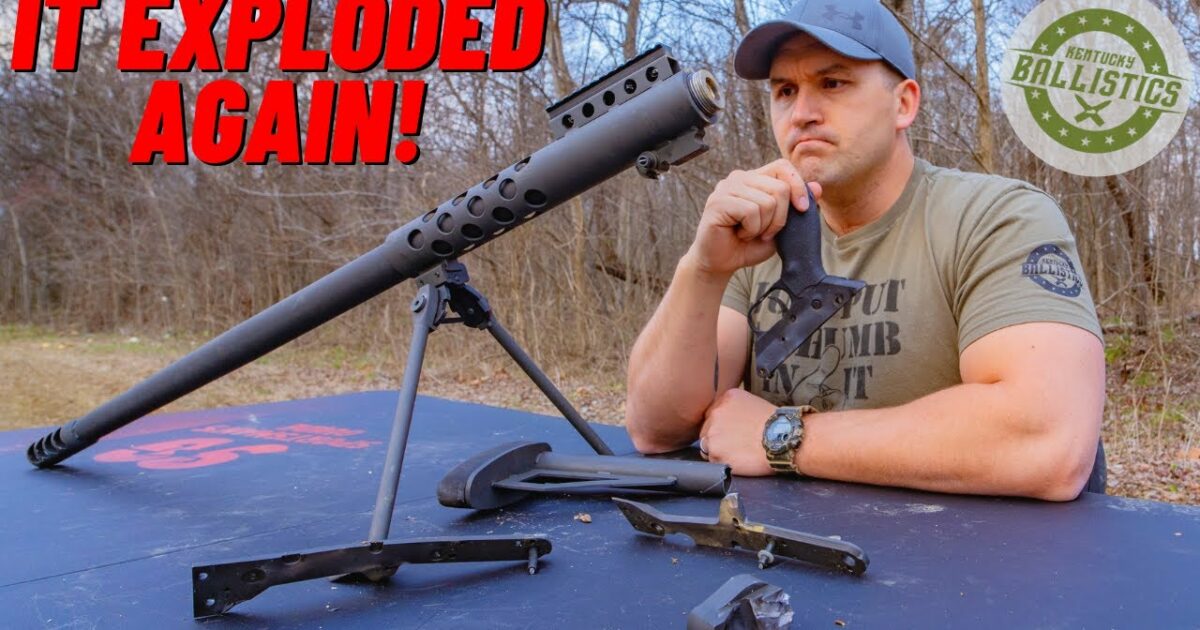 So I’m sure by now everyone who subscribes to Scott’s YouTube channel “Kentucky Ballistics”, or is a faithful reader here at Great American Outdoors, know that last year Scott had a near death experience when his 50 caliber rifle exploded right in his face. Scott’s injuries were so extensive, that if it wasn’t for his Dad being on site and getting him to the hospital very quickly, Scott might have died, but we’re all glad he didn’t and lived to make more videos for us to enjoy.

Because of his brush with death, you could say, that Scott has developed an almost macabre fascination with exploding guns and the first time he did a video regarding that subject, he used the exact same rifle that exploded in his face for his first ‘experiment’. If you want to see that video, click HERE. I think you should watch that video first so that it gives you some context regarding the video below.

The reason Scott is doing videos like this, is because he wants to show you, that no matter how careful you are and no matter how many precautions you take, accidents can still happen. Scott takes pride in the fact that he always makes safe choices, but when it comes to “Murphy’s law”, anything can and will happen when you least expect it.

So, now that you’re up to speed, kick back and watch as Scott shows us what happens ‘When Guns Go Boom’ Episode 2! Also, please read the disclaimer beneath the video.