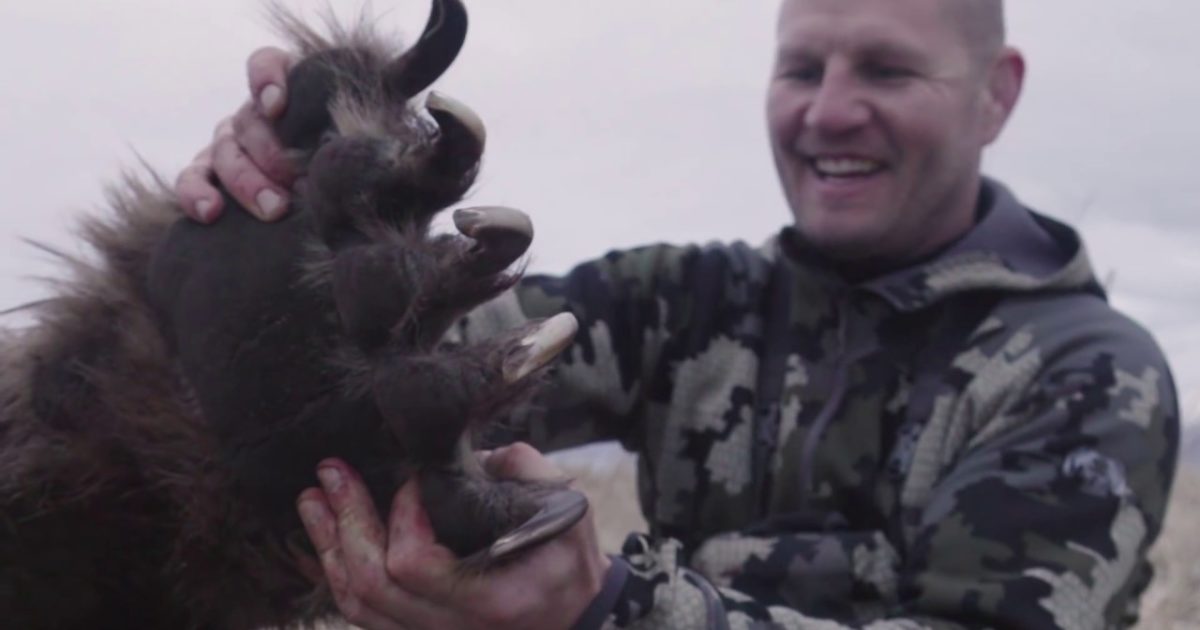 Facebook Twitter
To hunt one of these animals takes skill and courage, a missed , or poorly placed shot, can enrage a bear and put the life of the hunter in serious danger. Bears have been hunted since prehistoric times for their meat and fur. In addition to being a source of food, in modern times they have been favored by big game hunters due to their size and ferocity. Bear hunting has a vast history throughout Europe and North America, and hunting practices have varied based on location and type of bear.

The Alaska Peninsula brown bear or “peninsular grizzly” is a colloquial nomenclature for a brown bear that lives in the coastal regions of southern Alaska, although according to other sources, it is a population of the mainland grizzly bear subspecies (Ursus arctos horribilis), or the Kodiak bear subspecies (U. a. middendorffi).

Alaska Peninsula brown bears are very large, usually ranging in weight from 800 to 1,200 lb (360 to 540 kg). They are found in high densities along the southern Alaskan coast due not only to the large amount of clams and sedge grass but also to the annual salmon runs; this allows them to attain huge sizes, some of the biggest in the world. They may gather in large numbers at feeding sites, such as Brooks Falls and McNeil Falls, both in Katmai National Park near King Salmon. Biologists maintain that coastal ones are truly brown bears. However, it is considered correct to place all North American members of U. arctos in the subspecies horribilis except the giant Kodiak bears of Kodiak Island. To avoid confusion, many simply refer to all North American members, including Kodiaks, as “brown bears.”

Prized by hunters for their skulls and hides, up to 500 of Alaska’s 1,500 brown bears killed yearly by hunters come from the Alaska Peninsula. To hunt this large bear, hunters must follow a variety of regulations, including bear bag limits, hunting fees and proper rifles

Here is a description of the video below:

KUIU’s co-CEO Brendan Burns has always idolized the legendary bowhunters of the last century, and there’s no greater test of a bowhunter’s acumen than the largest land predator in the world: Ursus arctos, the Alaskan brown bear. Follow Brendan to the Alaskan Peninsula and on a journey back through history as he revisits the iconic bowhunting films and images that inspired him to do the unthinkable: get within twenty yards of hunting a colossal brown bear.

No matter who you are, or where you are from, bow hunting takes skill and bear hunting with a bow takes skill AND a lot of guts. It’s one thing to take down one of these bears with a rifle and it’s quite another thing to take one down with a bow, my hat is off to these guys!