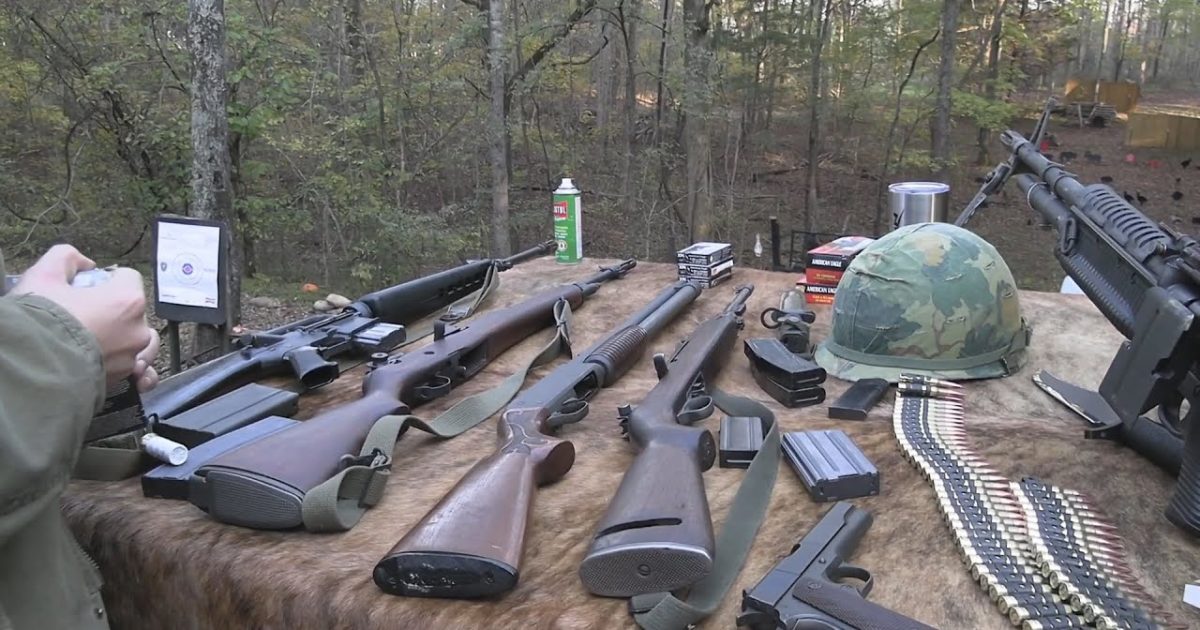 Back on May 21st, of 1975, I raised my right hand and took my oath of enlistment and joined the United States Army, the Vietnam War had just ended on April 30th, of 1975. So it should be no surprise, that all of the equipment I trained with and used was all Vietnam era surplus equipment. Everything from weapons to vehicles and since I spent my first tour of duty in what was then ‘West Germany’, all of the equipment we used was from that era also.

I never complained about my M-16 being unreliable, if you kept it clean, it worked just fine, the same goes for the M-60 machinegun, you did proper maintenance it operated just fine.  Now, it’s no secret that when the M-16 was originally issued to U.S. troops back in the early days of the Vietnam war it had problems and sadly because of those shortcomings troops died, but the problems were addressed and then corrected and the M-16 went on to be a feared and an iconic weapon in it’s own right.

During the war, a wide variety of equipment was used, far too much to cover here. Instead, you will find a few of the more important weapons used during the war and a small description of each. Additionally, the guerilla nature of the Viet Cong troops and the non-uniformity of many North Vietnamese forces makes it difficult to speak of their equipment in comparison to the United States. However, it is important to note that the North Vietnamese and Viet Cong did use advanced weapon systems during the war, even if these weapons were used in a limited way and alongside more traditional weapons.

Though one gun rarely makes the difference in a battle, for the individual soldier it can often be a matter of life or death. The Vietnam War saw the deployment of two of the most famous and most produced rifles of all time: the AK-47 and the M16. These assault rifles have continued to play a major part in modern warfare today, decades after their introduction. Additionally, the M60 machine gun proved an incredibly useful weapon for many American troops during the war and offered soldiers heavier firepower than their standard rifles could provide

If you would like to see a more complete list of the many different weapons used by the U.S. Military and our Allies during the Vietnam War, then click HERE.

But, I’m getting away from what you’ll see in the video below, so kick-back and enjoy!!