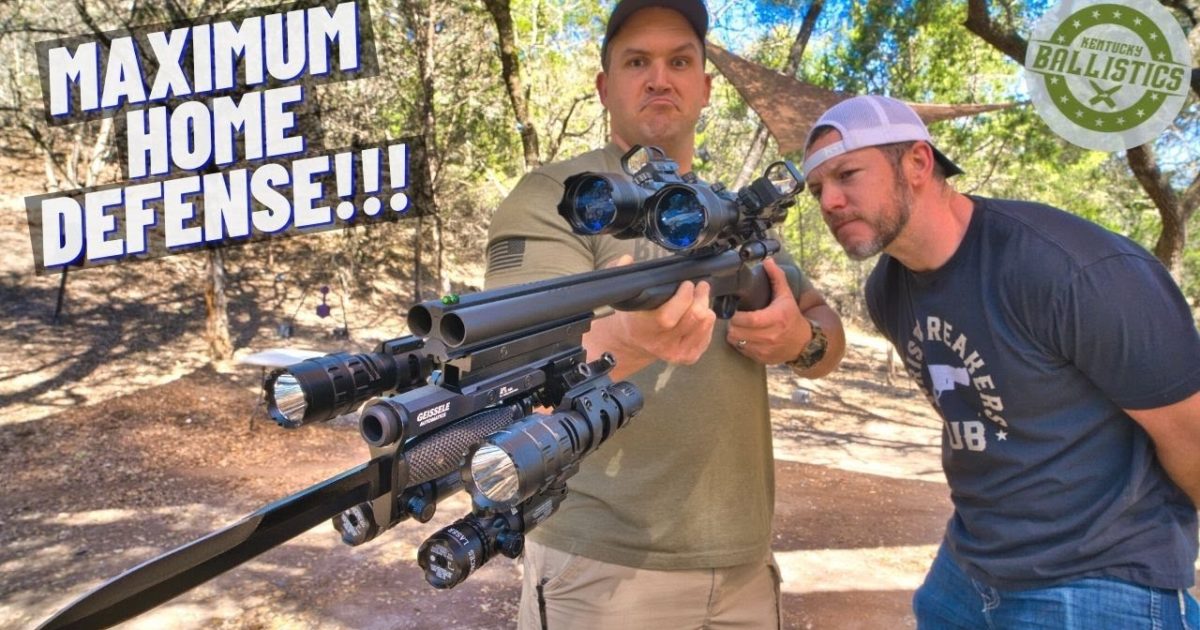 Okay all you Kentucky Ballistics & Demolition Ranch fans, this has to be one for the books! What I’m not going to do, is talk about the shotgun in this article. It’s way too outrageous to describe and truth be told, I could care less who makes it, it just might be a budget double barreled shotgun that Scott picked up at Walmart for all I know. But to say that Scott went a little ‘over the top’ with all of the lasers, flashlights, scope and bayonet, is an understatement, real, people don’t do that sort of thing (at least I hope not).

Seriously, do not try to do the same thing at home with your shotgun, because I’m pretty sure that they did this just for the video. In case you haven’t noticed, this isn’t your normal ‘gun video’ that Scott, or Matt normally does. But I thought it was pretty cool, so that’s why I choose it…and, since these two boys are my favorite YouTuber’s, let’s just say that I couldn’t resist showing it to all of you!

Also, though it may seem that they’re acting like a couple of idiots who don’t know the first thing about gun safety, nothing could be farther from the truth. I know for a fact, that since Scott’s ‘little accident’ when his 50 cal rifle exploded, he takes his safety very seriously and Matt does the same, so it may seem like they’re acting silly with no regard for human (or vegetable & watermelon life) , it’s all for entertainment’s sake.

These two are pretty proficient when it comes to firearms, so don’t let the fact that they’re acting like a couple of dumbass rednecks fool you, it’s all for your entertainment and enjoyment.