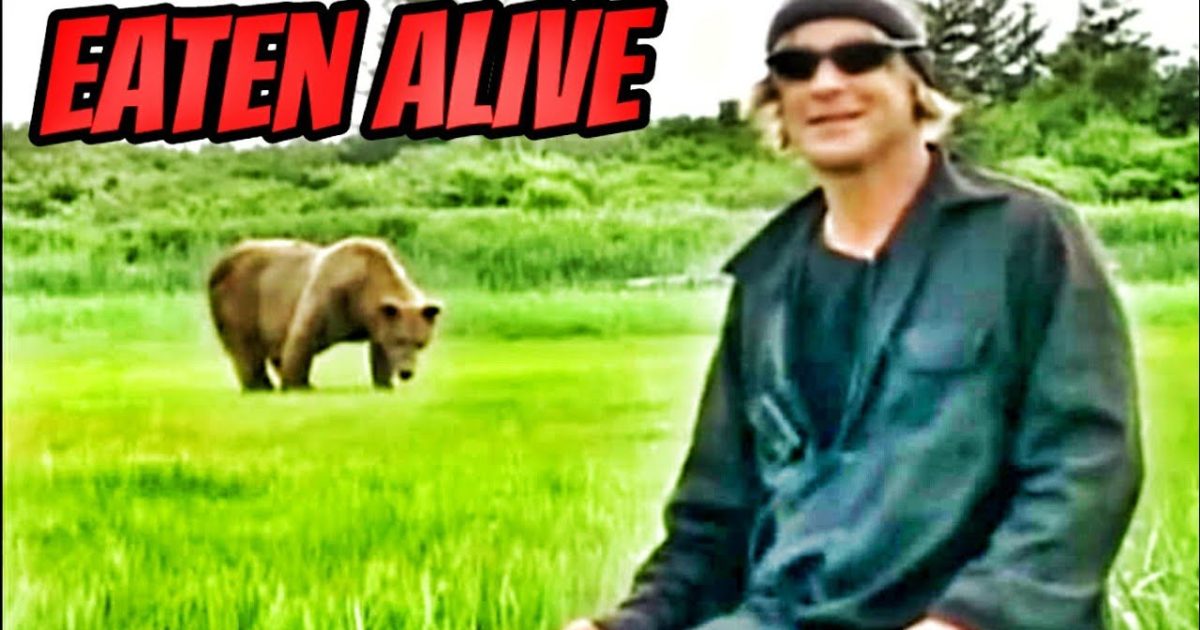 * (Disclaimer: This video content below is intended for educational and informational purposes only and is highly graphic in nature viewer discretion is advised) *

There are several reasons why you do not approach, or attempt to get any where near a bear, they are apex predators and they are not afraid of you. To them, you are a meal, nothing more and if you do find yourself in the vicinity of a bear, especially a grizzly, or a brown bear and you have somehow aggravated, or pissed them off, your chances of survival are very slim at best.

Timothy Treadwell knew these things, but he decided to do what he did anyway. Possibly in his mind, he thought that if he didn’t pose a threat to these animals, that they would ignore him and leave him alone, Timothy Treadwell was wrong. Grizzly bears are one of the largest apex predators in North America, other than man, they have no predators, they are kings of the forest and if it moves, to the grizzly, that’s a meal.

This is an excerpt from a Reader’s Digest article:

Timothy Treadwell was the sort of guy most Alaskans loved to hate. For starters, Treadwell was an outsider, a Californian from the weird-wacky end of the scale, a guy sporting a shock of blond hair and a backward baseball cap, with the outdoors skills you’d expect of a former Malibu cocktail waiter.

Then there was the way Treadwell acted around bears. Lots of Alaskans would like to get a bear in their rifle sights; Treadwell sang and read to the grizzlies on the rugged Katmai Coast, and gave them names like Thumper, Mr. Chocolate, and Squiggle.

He would walk up to a half-ton wild animal with four-inch claws and two-inch fangs, and say, “Czar, I’m so worried! I can’t find little Booble.” In Alaska, that kind of behavior makes a man stand out—and not in a good way.

If you want to read the entire article, simply click HERE.

I have no opinion on Treadwell as a person, or his character, I know he loved Grizzly bears and wanted to protect them, but after all is said and done, when Treadwell stepped foot into grizzly territory, it was only a matter of time before he would meet his fate. In some strange way, I don’t think he ever thought that these apex predators would ever harm him, that is a mistake a person only makes once.

If there are any of you who think the same way that Timothy Treadwell did and you want to go to Alaska and ‘save’ grizzly bears, learn from Treadwell’s mistakes , because if you don’t, you could very well meet the same horrifying fate.

In the end, the bear that killed Treadwell and his girlfriend had to be hunted down and destroyed…a sad ending to the legacy of a man who wanted to save these animals.