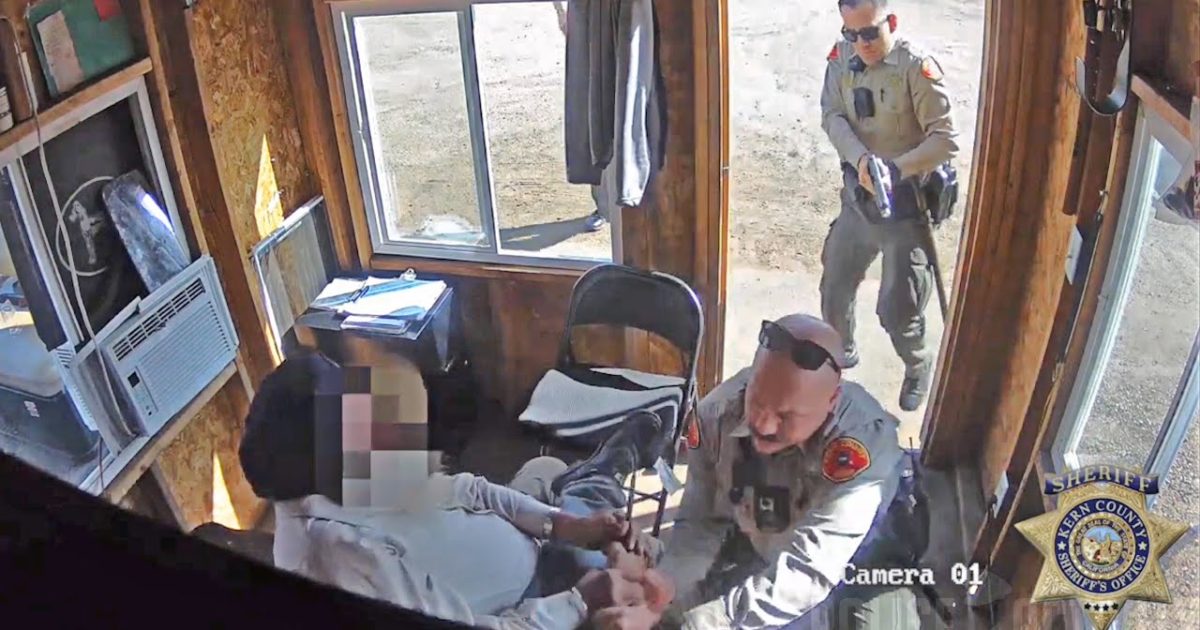 I really do not know exactly what the suspect in this incident was trying to accomplish taking a hostage, but the moment he stepped foot in the small guard shack and placed his back against the wall, he was a dead man walking.

There was no possible way for him to leave that shack alive, other than surrendering to the police and it is clear from the footage, that he wasn’t willing to do that.

Perhaps he thought by taking an elderly man hostage that he might have some kind of bargaining power, but I don’t think he counted on the officer being such a good shot.

As you will clearly see in the video below, the suspect positioned himself behind his hostage thinking the police wouldn’t shoot for fear of hitting the hostage, apparently by all accounts, he was dead wrong.

I have to congratulate the deputy for remaining calm and for being such a good shot, even though a life was taken, he saved the life of the hostage.

Bakersfield, California — The Kern County Sheriff’s Office released footage of a deputy fatally shooting a suspect after he threatened to kill an elderly man.

On February 9th, deputies were called to the area of Pierce and State roads in Oildale on a report of a man “breaking car windows and committing assault with a deadly weapon.” That weapon turned out to be a hunting knife.

The suspect was later identified as 25-year-old Deven Karl Moore. Around 1:21 p.m. deputies located Moore walking northbound on Pierce Road telling him to “stop and drop the knife and drop the fire extinguisher”, but he did not obey commands from the deputies.

Moore fled to a nearby guard shack at a business in the area and took a man hostage at knifepoint. It was at that point that Deputy Austin Burgess fired twice into the shack, killing Moore who was pronounced dead at the scene.