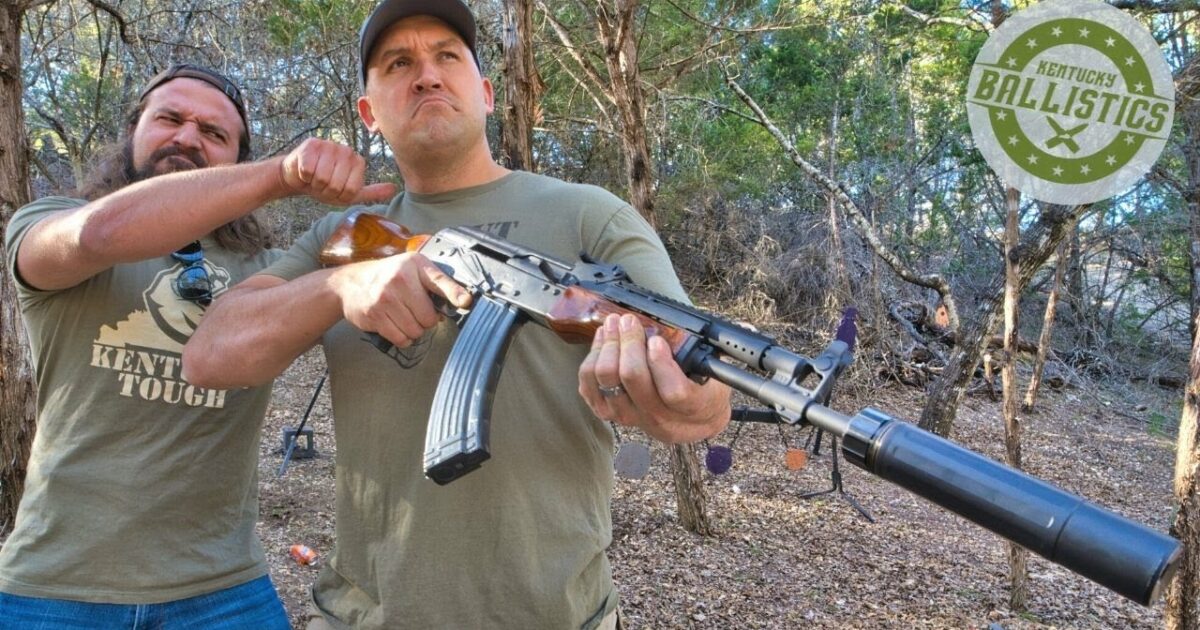 What will all of the crap that’s going on in Ukraine right now, some folks are on an “anti-Russian” kick and are even going so far as to dumping their Russian vodka in the gutter, well, to each his own.

But say what you will about Russia, you can’t beat the AK-47. It is the most massed produced automatic rifle in the world and for good reason, they are virtually indestructible.

You can run it over with a truck, bury it in the sand, or freeze it into a block of ice, no matter what you do to it, it just keeps on going. The AK-47 was literally made so that a barely functioning idiot could shoot it and not destroy the darned thing in the process.

But seriously, the average Russian infantryman is not what you would call a ‘brain surgeon’, so the Soviet government had to make a reliable and durable weapon for their soldiers.

There is something that I think I should mention and it comes straight from Scott DeShields Jr:

In today’s video we have some fun with my new AK-47 from @Brandon Herrera . I hope you enjoy the video and thanks for watching!

So, though it may seem like these guys in the videos are acting a little bit goofy, they aren’t, it’s all an act to entertain you, remember that, it’s all in good fun…so enjoy!