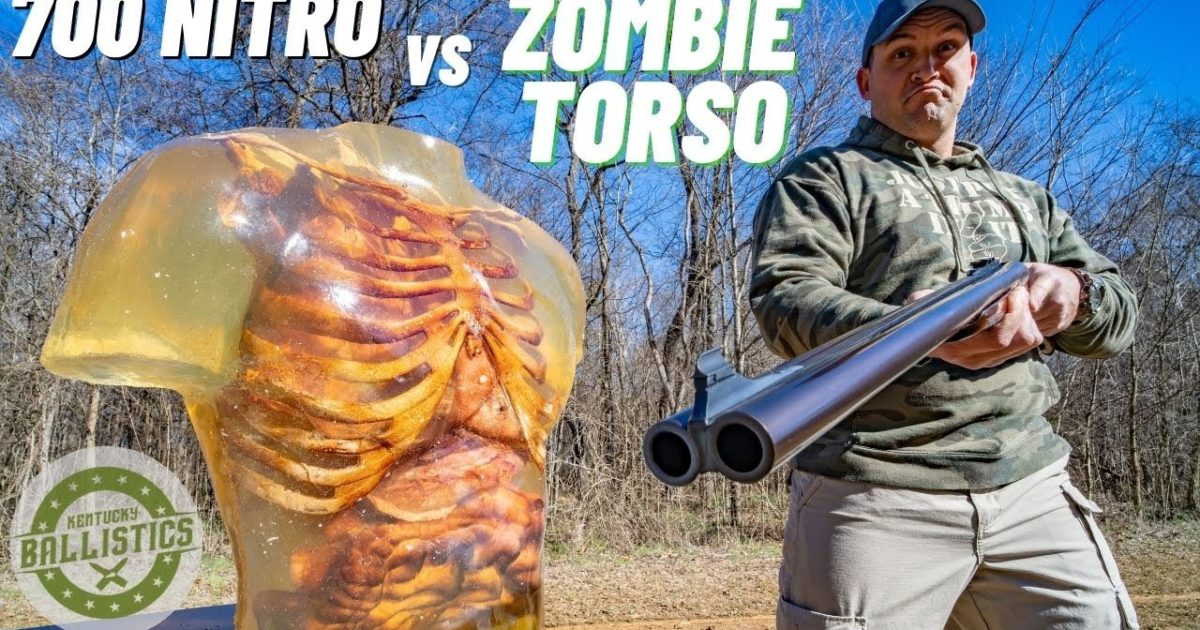 Scott says he’s been getting a lot of requests on his YouTube channel for this particular kind of thing. There must be a bunch of folks out there with a real morbid sense of curiosity to want to see what effect that a 700 nitro express round will have on a human torso.

I think Scott didn’t want to make it too gory, because these ballistic torso’s are usually filled with red ‘blood’, to make it seem as realistic as possible when shot, to maximize the visual effect.

Needless to say, this particular episode is costing Scott quite a few bucks, the ammunition he’s using isn’t cheap, and I’m not talking 9mm cheap, these nitro express rounds are very expensive and the ballistic torso, those don’t come cheap either, they have a price tag of about $2,995.00 each. So I guess between the cost of the ammo and the torso, this particular episode cost Scott a very pretty penny.

But, it’s all in good fun right?

So, instead of me filling you with a bunch of statistics and other  boring stuff, let’s just watch as Scott shoots the crap out of his ‘Zombie’ torso with his collection of elephant guns and see just what is left after it’s all over.