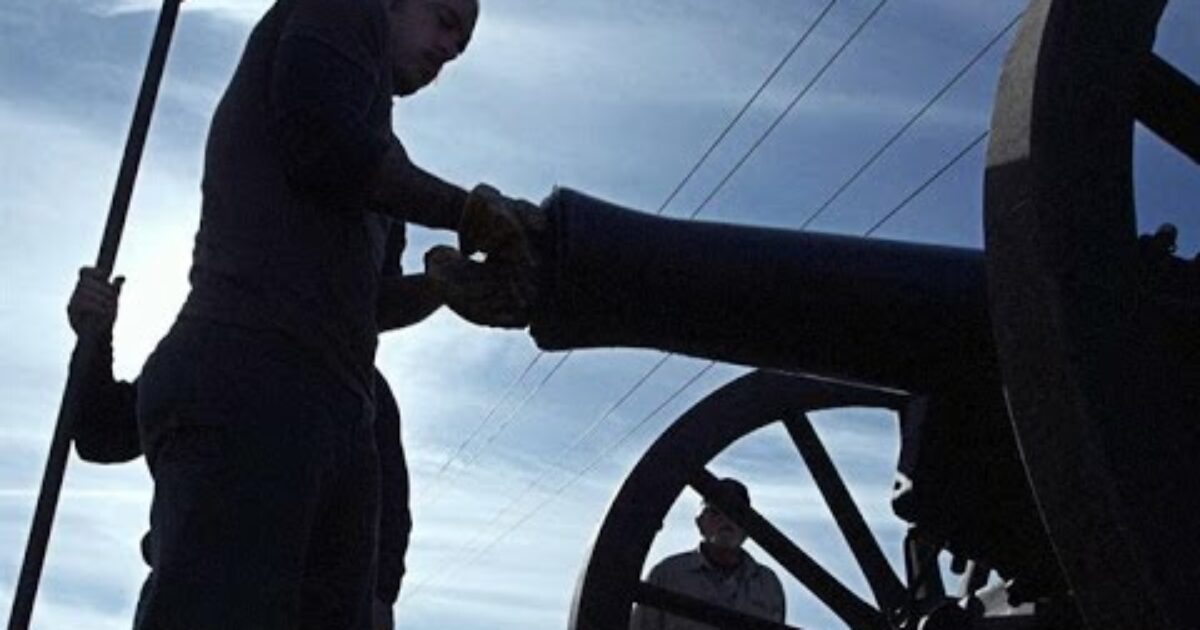 If you’re a guy, you are really going to like the video below, I mean, what guy worth his salt doesn’t like thing that go ‘BOOM’ and the Napoleon 1857 cannon certainly does that!

The M1857 12-pounder Napoleon or Light 12-pounder gun or 12-pounder gun-howitzer was a bronze smoothbore muzzle-loading artillery piece that was adopted by the United States Army in 1857 and extensively employed in the American Civil War.

This type of “canon obusier”, commonly called in English the 12-pounder Napoleon Model 1857, was the primary cannon used in the American Civil War. Over 1,100 such Napoleons were manufactured by the North, and 600 by the South.

During the Civil war, a variety of weapons were used on both sides. These weapons include edged weapons such as knives, swords, and bayonets, firearms such as rifled muskets, breech-loaders and repeating weapons, various artillery such as field guns and siege guns and new weapons such as the early grenade and landmine.

The main strategy was to advance at a quick trot until in range of the enemy. The men in the front fired, then wheeled away. In their second charge they advanced at full gallop using either a short sword or cutlass. In the Civil War, the opening of the battle usually involved groups of cavalry.

While it seems odd and even suicidal to us today, battles were fought in line during the musket and early rifle eras because that was by far the most versatile and powerful means of fighting under the limitations imposed by the weapons of the time.

The rifled musket and the ‘mini-ball’ used by the Union soldiers had serious deadly effects on their southern counterparts, the wounds sustained by the mini-ball were savage and horrific, if you were shot by one, you were considered lucky to have only lost an arm, or a leg and live.

After being given the command to advance across the battlefield,  soldiers sometimes marched straight into point blank cannon fire and though we would consider this to be not only foolish, but suicidal as well, those were the battle tactics of the era.

Watch the video below and then you might have a understanding of what it was like to march straight into range of such a deadly weapon.