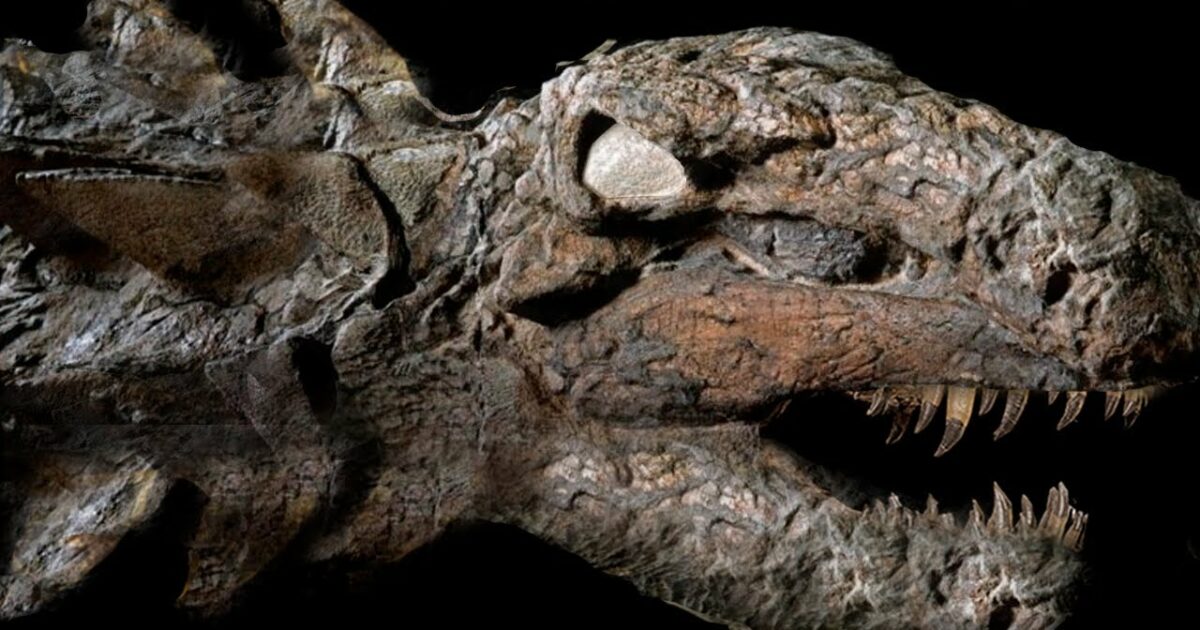 As a kid I just loved dinosaurs, so any chance I got to go see their skeletons at the museum of natural history in Los Angeles was always a big treat for me and also visiting the La Brea Tar Pits and Museum was a real bonus!

After my youngest son Erik was born, when he was only 2, I bought an entire set of plastic dinosaurs and we would go in our backyard and bury them in our gravel garden and then we would take a small paintbrush and dig them up very carefully one at a time. He really enjoyed that and what really amazed me, was that even at only 2 years old, he could remember all of the different names of each one.

So, if you’re a dino-fan, or just a fossil lover, then you should really enjoy the video below.

From mummified armor-plated plant eaters, to a well preserved T-Rex investigated by the FBI that sold for millions, here are 10 of the most amazing fossil discoveries ever!

Here’s the list of what you’ll see in the video:

#10. Nodosaur Fossil One of the most amazing fossil finds in history was the Nodosaur! This armor plated plant eater lived about 110 million years ago and is one of the best preserved dinosaur heads ever! Most fossils are fragments of bone and teeth but this has the actual skin and armor of the animal from the head to around the hip.

#9. Mosquito In Amber What if we found a well-preserved ancient mosquito preserved in amber, just like in Jurassic Park? Could we bring dinosaurs back? This concept is a fascinating one as in the movie, dino blood was extracted from the mosquito to create dinosaurs in the present. But such a thing wouldn’t be possible in real life right? Right…?

#8. Archaeopteryx Archaeopteryx is the oldest known bird from the late Jurassic period. This creature is extremely important as it is the link between dinosaurs and birds. The discovery of this fossil in Germany in 1860 is sometimes referred to as the “original bird” or “first bird”, however that is not exactly the case.

#7. Diplodocus What makes the Diplodocus so amazing is we know a lot about it. In the mysterious world of fossils that’s a big deal! It was first discovered in 1877 and the name ‘Diplodocus’ means “double beam”. That’s in reference to the interesting shape of the bones in its tail. Since then casts of whole skeletons were donated to the public by steel baron Andrew Carnegie.

#6. Dueling Dinosaurs In 2006 cowboy and rancher Clayton Phipps and his friend Mark Eatman, known as the “Dino Cowboy” went out looking for dinosaur bones in Montana. Montana is rich in dinosaur fossils and they can be worth a lot! Whenever the men weren’t doing ranch work, they were out looking for fossils and started going to trade shows and selling to museums and private collectors.

#5. Hadrosaurus This monster fossil is impressive but somewhat controversial. You may not associate somewhere like New Jersey with dinosaurs but the strange truth is the state has its own dino… the Hadrosaurus, which reportedly means “bulky lizard”. Not a bad way to refer to one of these guys we guess! Its bones were discovered by accident when a pit was being dug in New Jersey, in 1838.

#4. Hobbit Not all fossils are of dinosaurs, as this extraordinary collection of ancient human fossils demonstrates. Back in the early nineties the remains of 9 individuals were found and excavated in a cave on the island of Flores, Indonesia. Named ‘Homo floresiensis’, they were like humans only different in one important aspect- size.

#3. Megalosaurus What was the first dinosaur fossil ever discovered? That was found in England in 1824 with the “great lizard” or Megalosaurus. This was before the idea of a dinosaur was even invented, 18 years later. So as far as scientists were concerned this was something new and pretty freaky! At first they drew some conclusions from the fossils that weren’t too accurate.

#2. Lucy An amazing and game changing fossil discovery was made in 1974, when Lucy was discovered in the Afar region of Ethiopia. Her real name is ‘Australopithecus afarensis’ but she was named Lucy after the Beatles song Lucy In The Sky With Diamonds which the scientists were playing on their tape deck at the time.

#1. Tyrannosaurus Sue Tyrannosaurus Sue is the largest and best preserved T-Rex fossil ever found. Her real name is Specimen FMNH PR 2081 but Sue is catchier. She is also named after Sue Hendrickson, the woman who found her. The 80% complete Tyrannosaurus Rex is one of the best discoveries ever and is now located at Chicago’s Field Museum but the story of the discovery is pretty complicated.

So, what was your favorite and if you think they should have included more, tell us which one in the comment section below.