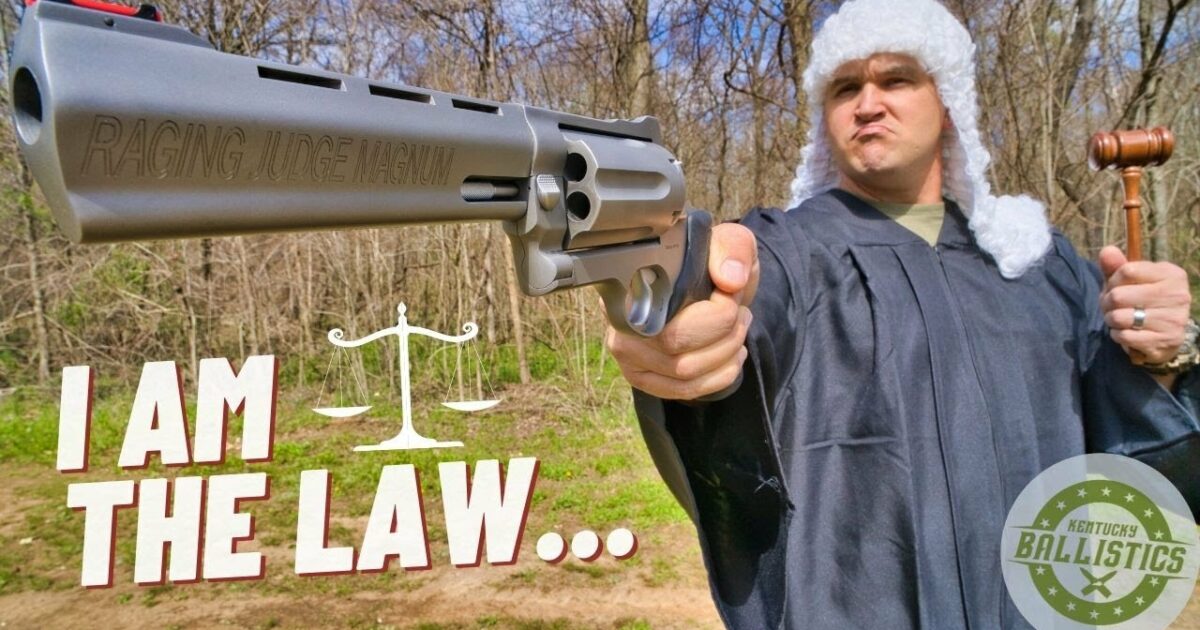 Now in the past I have written a couple articles on the Taurus “Judge” and the “Raging Judge Magnum Snubby” and the response from you guys was pretty good. But this particular model is a little bit more than a handful, as you can see, this model has a 6.5 inch barrel, so it just might be a little better hitting the target at a greater distance.

Here is what the folks at Taurus had to say about this model:

Packing a giant 6-round cylinder, the Taurus Raging Judge shoots the 454 Casull round in addition to delivering the same popular ammo combo of 45 Colt and 410 shotshell from the original Judge models. Along with added capacity, the Raging Judge features the famous red Raging Bull® backstrap for added cushioning.

Okay, now that I think we’re all caught-up on the basics, let’s watch Scott shoot a bunch of stuff!