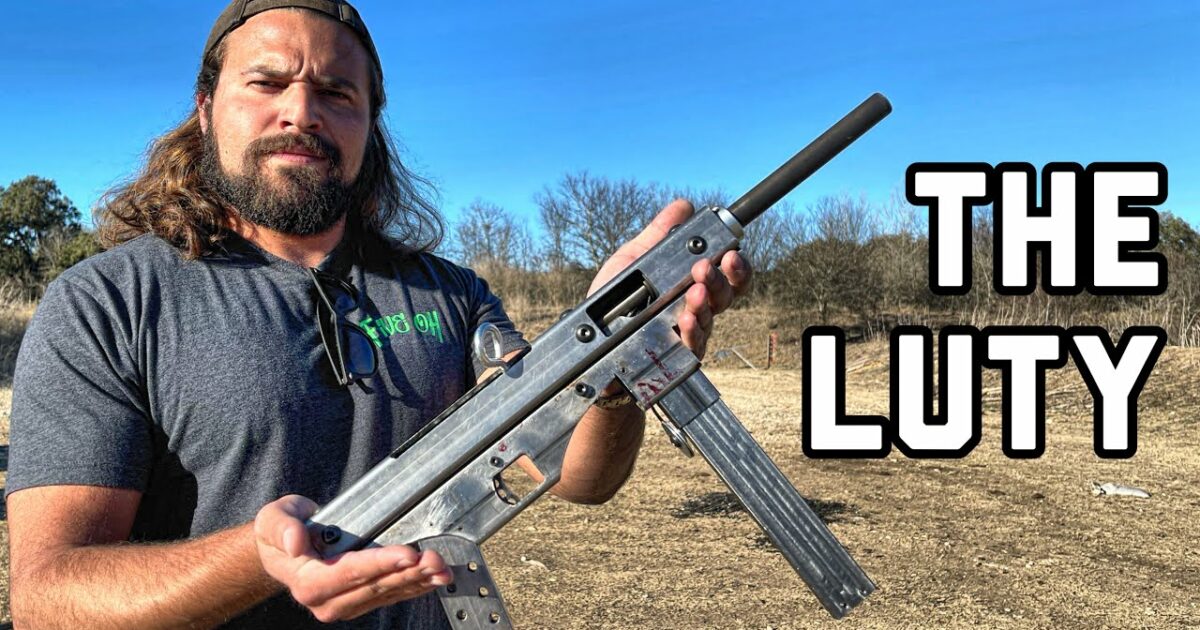 In the video below, Brandon Herrera has an interesting firearm to show us, one that was designed by Phillip A. Luty. I don’t know where he got this particular piece, it’s not like you can go to your local gun store, or pawn shop and pick one up, so we’ll just leave that alone for the time being.

Phillip A. Luty was a British citizen who took a hard philosophical line against gun control legislation in the United Kingdom in the 1990s. In response to more restrictive gun control laws, he set out to prove that all such laws were ultimately futile by showing that one could manufacture a functional firearm from hardware store goods, without using any purpose-made firearms parts.

Luty succeeded in this task, designing a 9mm submachine gun made completely from scratch with a minimum of tools. In 1998, he published the plans for his gun as the book “Expedient Homemade Firearms”. The material presented in this book represents the authors attempts at developing and building homemade firearms and does not necessarily condone, or encourage the construction of firearms by any individual or group.

Luty was not particularly discreet about his activities (actually, he was quite outspoken…) and was eventually caught by the police while out to test fire one of his guns, and arrested. He was convicted, and spent several years in prison.

He continued to pursue a gun rights agenda after being released, and was facing legal trouble again when he passed away from cancer in 2011. Several of Luty’s submachine guns are still held in the collection of the Royal Armouries’ National Firearms Centre, including the one that led to his original conviction.

Here’s the bottom line, unless you wish to go to federal prison for many years, do not attempt to make and or manufacture any of Luty’s designs at home.