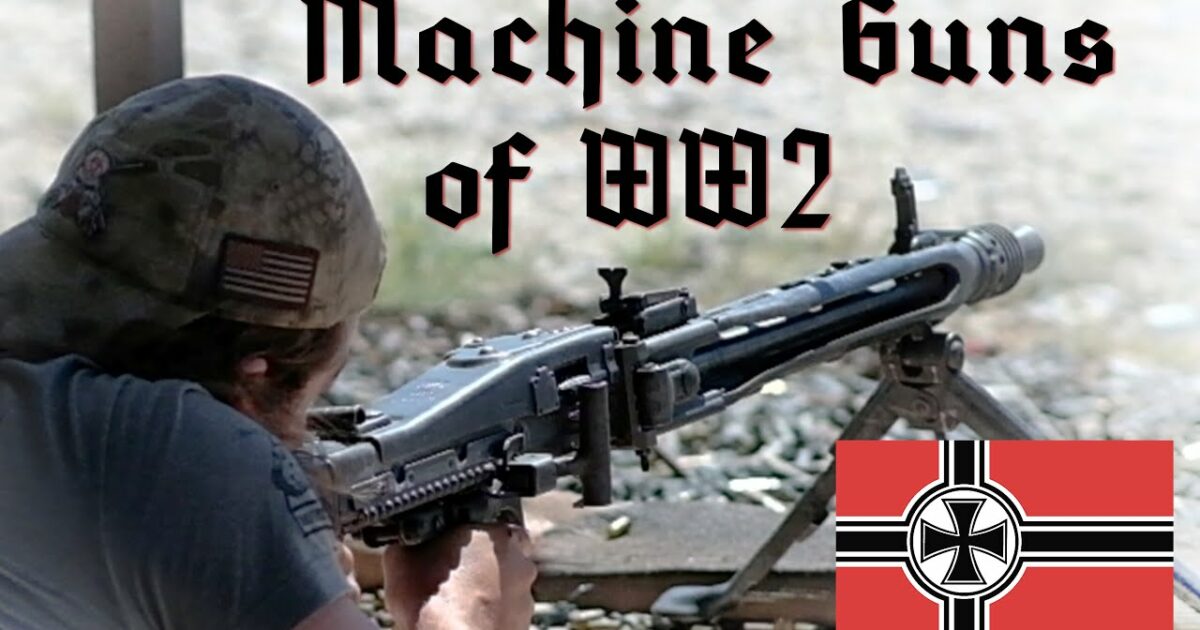 Interestingly enough, while on active duty in the United States Army and stationed at Fort Hood, Texas, I was lucky enough to be able to fire a relic of  of World War II, the M3 machine gun one day at the range. Even though the M3 had a rate of fire at only 450 rounds a minute, the German MP40 rate of fire was only slightly higher at 500 to 550 rounds a minute and since the M3 fired a .45 acp, even though the MP40 looked “cooler”, I’d take the .45 caliber submachine gun any day of the week.

But we’re not here to do comparison’s, we’re here to watch Brandon Herrera fire the German made weapons’. Truth be told, I would have given my right arm to be able to fire any one of the weapons Brandon is firing in the video. I was raised on old World War II movies as a kid and even though I hated the Nazis on film, I still thought their weapons were pretty darned cool.

Here is what Brandon had to say about the video below:

Today is a special treat of a video if I do say so myself! We go down to DriveTanks.com and get some ranch time with some of the rare German machine guns that saw use during WW2! I was stoked to make this video, and hopefully it’s just as fun to watch!

Here is a little bit of information on DriveTanks.com:

DriveTanks, located on the World Renowned Ox Ranch, is the only location in the world where you can drive and shoot fully functional tanks, artillery, machine guns, and other weapons of war.  There are few experiences in life more exhilarating than shooting a Sherman tank’s 76mm cannon! This beautiful hunting ranch is home to thousands of animals from over 50 different species.  You and your family may have a chance to hand feed their giraffes, as well as view white buffalo, kangaroos, zebras, & much more free ranging on 18,000+ acres.  Full ranch safari tour reservations are available to book directly thru Ox Ranch. If you want to contact DriveTanks.com, simply click HERE.

Okay, now that you’re up to speed, let’s watch as Brando fires-off a few rounds okay?