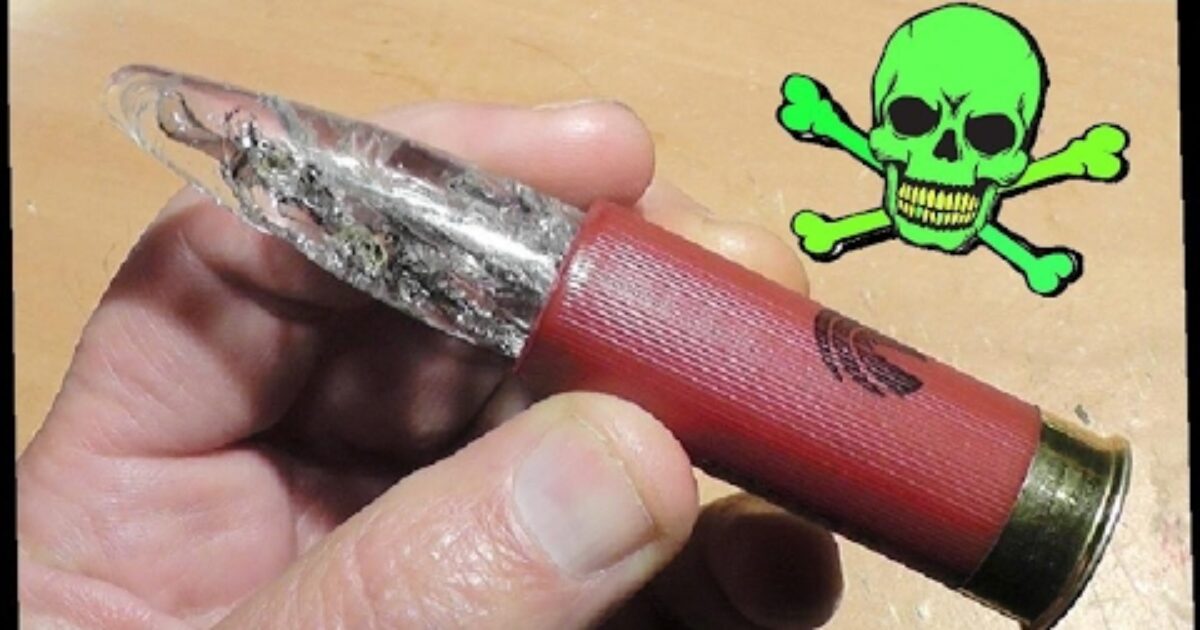 It’s difficult to find a home here in the United States of America that doesn’t have a shotgun in it, whether it’s one you bought yourself, or it’s your Grandfather’s old shotgun, almost everyone who owns a gun, also owns a shotgun.

There aren’t too many folks out there that are foolish enough to take a chance on harming you when they see you leveling a shotgun at their head, or chest.

And the best part is, you can use just about anything to load a shotgun with, rock salt, nails, birdshot, 00 buck and slugs of almost every kind. If you can fit it into a shotgun shell, almost every kind of material is on the table.

The last time I published an article about the ‘Flying Dustbin’ 12ga Shotgun Round, the response from you guys was spectacular. So, I thought I’d go back to the source and see what else I could dig up and I found the video below.

Just imagine for a minute having something like that fired out of a shotgun and headed your way, the amount of damage it could do to the human body is just mind-boggling.

The guys that made the video below had this to say:

Today we shoot some glass shotgun slugs created by Sam. He made 4 of them and we will see if they will not only survive the intense shock of being shot out of a gun, but will actually hit what Gregg is aiming at.

Okay, now that we have gotten all that out of the way, enjoy the video.

Also, just incase that you might have the bright idea to try this yourself at home…DON’T, the boys at TAOFLEDERMAUS had this to say about that:

DISCLAIMER: Our videos are strictly for scientific, educational, and entertainment purposes only. Imitation of any acts depicted in these videos is solely at YOUR OWN RISK.