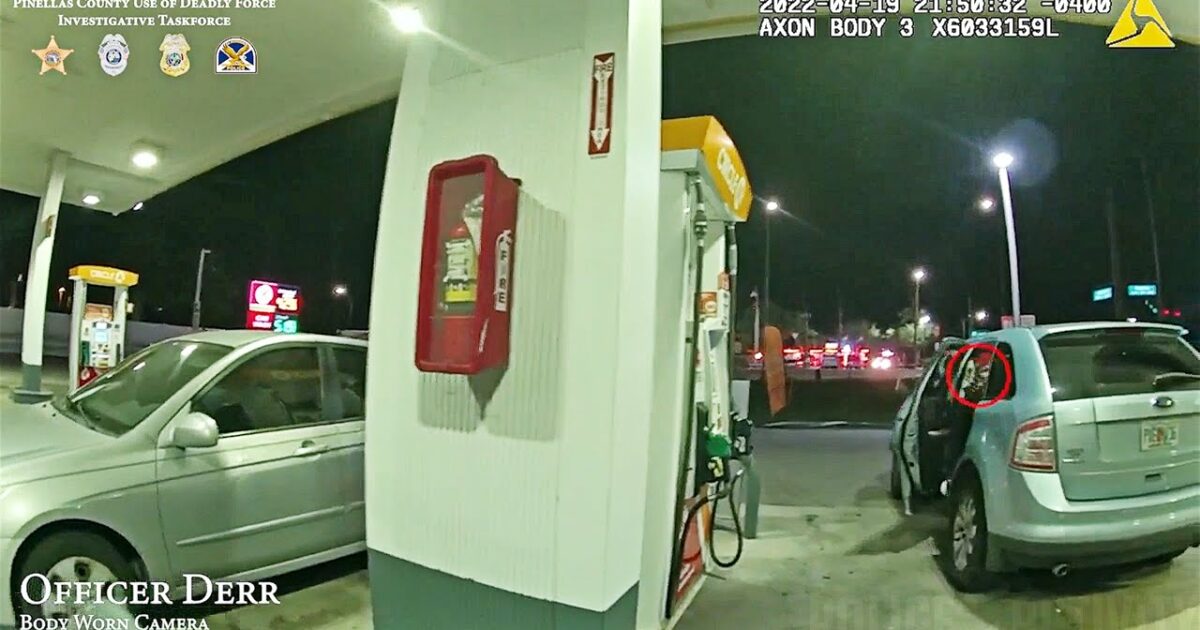 If you watch The mainstream media news, all you seem to hear about is how white racist cops are gunning down black people for no good reasons, nothing could be further from the truth.

There is a massive crime wave surging across the country and even though that same mainstream media doesn’t say it, the majority of the perpetrators are in fact, black. That is not to say that all crime is being committed by black people, but in predominately black neighborhoods, the majority of the suspects committing these heinous crimes are black.

And in those same areas violent crime is on the rise, crimes involving a firearms have increased well over tenfold. And since the majority of Democrat controlled areas have either defunded, or cut their police forces in almost half, violent gun crime is soaring.

The video below is a perfect example of just what the police are up against, thankfully, no one was killed in the exchange of gunfire, but it is obvious that the suspect in this case had NO FEAR of the police and it is apparent from the video, that the young man fully intended to kill the police officer.

Pinellas County, Florida — At approximately 9:50 p.m. on April 19, 2022, Pinellas Park Police Department officers responded to the Circle K located at 4900 Ulmerton Road after reports of a domestic disturbance between a male and a female.

According to detectives, the female reported the suspect threatened her, therefore she locked herself in the bathroom inside Circle K. Officer Derr arrived on scene and attempted to make contact with the suspect, later identified as 24-year-old Calvin Brockington.

Officer Gavin returned fire, but did not strike him. Brockington then carjacked a vehicle in the gas station, drove toward Officer Gavin, then fled the scene. Brockington traveled east bound on Ulmerton Road where Pinellas County Sheriff Office deputies and the Flight Unit began to pursue him.