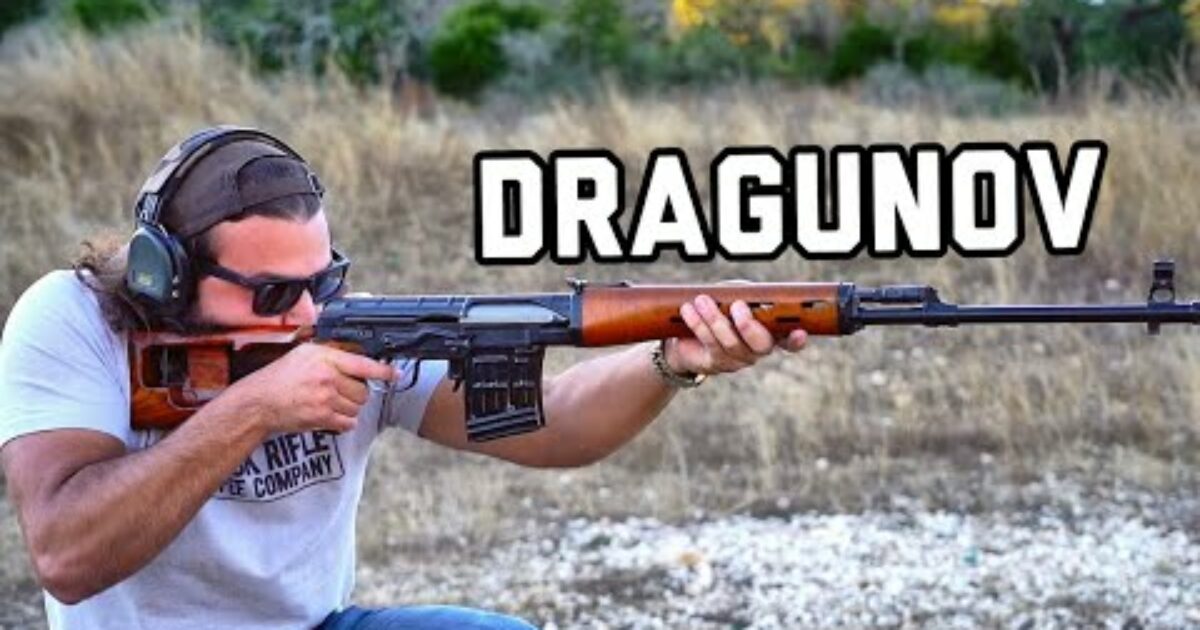 So, to all of you AK fans out there, I’ve got a genuine treat for you, today we’re going to show you an honest-to-God SVD, or ‘Dragunov’ rifle courtesy of Brandon Herrera. This rifle fires the Russian 7.62x54R round and if you know your ammo, you know that this particular cartridge is no slouch when it comes to distance, accuracy and power. Some might say that the Dragunov isn’t a true ‘sniper rifle’, but if you ask your average Spetsnaz soldier, they might just have an opinion on that particular issue.

The Dragunov was intended to be a squad support weapon that allowed a Soviet rifle squad to expand their range to 600 meters. As such, it needed a full-powered rifle caliber. The Soviets already had piles of the 7.62x54R round sitting around from World War II and they had continued using it in medium machine guns.

The Dragunov is capable of accuracy of around a hair over 1 MOA with proper ammunition. In comparison, the M24 SWS is capable of shooting consistently around 0.6 MOA with military issue sniper ammunition. This rifle is a reliable gas-operated sniper rifle designed to engage different types of targets within the range of 1200m using the whole list of 7.62x54mm ammunition (including AP Incendiary, AP, tracer bullets etc). The rifle is easy to use, maintain and repair, which can be vital for regular troops.

Although Dragunovs are still being produced they are no longer importable into the USA. The Chinese Dragunovs are supposed to be better than the Romanian PSL. If you want a military SVD it will cost you (I do not think you will find a “cheap” one under $6000-$7000); the Sporting SVD Tigr is cheaper ($3000-$4000).

Okay, now that we’ve gone through all of that, let’s watch as Brando does some shootin’!