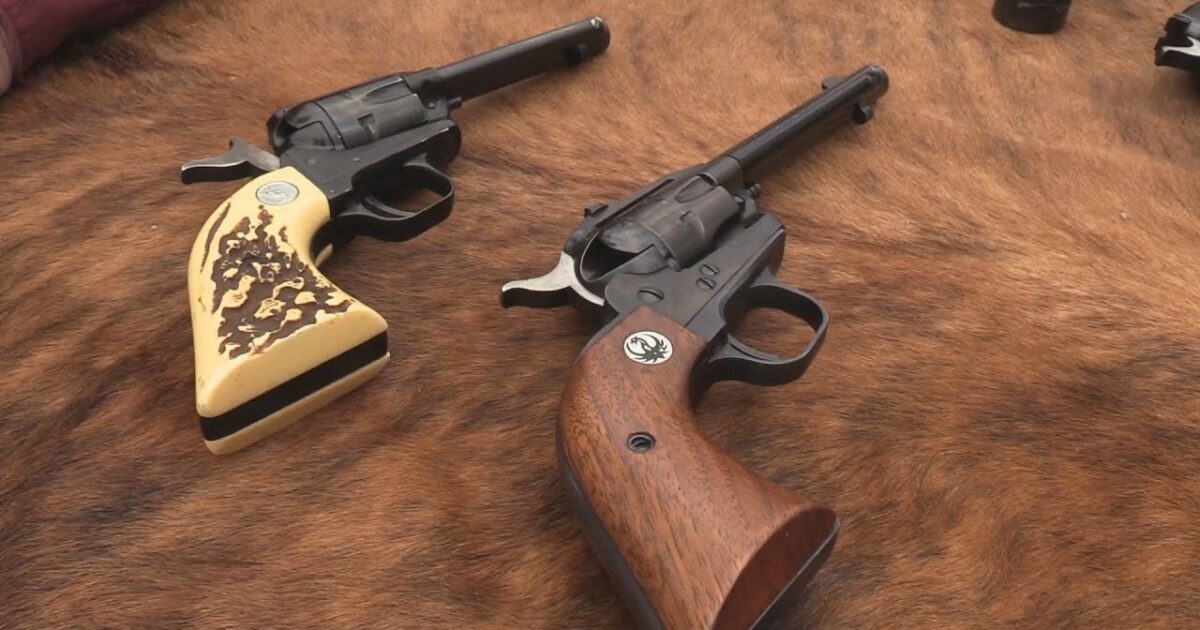 There’s an old saying that goes…”You just can’t beat a classic” and our old buddy Hickok45 has just that to show us today. Hickok45 has two classic pistols to show us, the Colt Frontier Scout and the Ruger Single Six, both chambered in .22 LR. Some folks aren’t too keen on a .22, but if you use the right ammunition, they’re darn lethal!

Here’s a little bit about the Colt Frontier Scout:

The Colt Frontier Scout was born in 1957 and was made until 1970 when Colt carried on with their Peacemaker 22 and then later a “New Frontier Scout”. The Frontier Scout was scaled down slightly and was lighter than its bigger bore brother. The Colt Frontier or Frontier Six-Shooter was a Colt’s 1873 “Model P” type revolver manufactured in . 44-40 Winchester caliber instead of . 45 Colt (in which configuration it was called the Single Action Army) so that it was compatible with Winchester Model 1873 ammunition. Production began in 1877.

And here’s some info on the Ruger Single Six:

The Ruger Single-Six is a single-action rimfire revolver produced by Sturm, Ruger & Co. The Single-Six was first released in June 1953. The Single-Six is currently produced as the New Model Single-Six. The term “New Model” simply means that this model includes Ruger’s transfer bar mechanism for increased safety, allowing one to carry the revolver safely with all six chambers loaded. Prior to 1973, the Single-Six was produced without the transfer bar mechanism, making it less safe to carry with all six chambers loaded, and with the hammer resting on a loaded chamber. The transfer bar safety allows the revolver to fire only when the trigger has been pulled. Ruger provides the transfer bar safety upgrade free of charge for owners of any old model Single-Six, though this may come with a significant trigger-feel penalty

Okay, now that you are up to speed on the guns, let’s watch and see just what our good old buddy has in store for us!